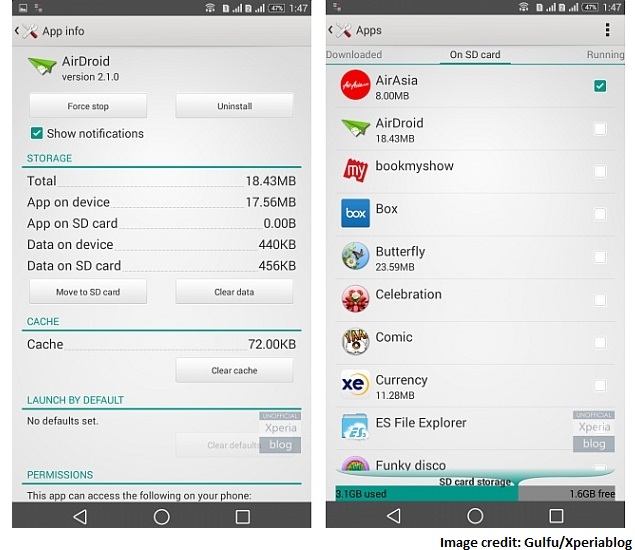 Sony along with the announcement of an Android 4.4 KitKat update on Wednesday for its Xperia T2 Ultra and Xperia T2 Ultra Dual handset, also brought the option to move applications to the microSD card.

Also, with the Android 4.4 KitKat update, users report (via Xperia Blog) that the settings section, along with All, Downloaded, and Running applications, also includes the Apps on SD Card filter.

While we haven't got the hold of a Sony Xperia T2 Ultra handset running Android 4.4 KitKat yet, Xperia Blog has posted a few screenshots post-update, and interestingly, Sony appears to have been inspired by Google's Android L preview, using what appears to be Material Design-style to its Back, Home and App switcher icons.

The Android 4.4 KitKat update for the Xperia T2 Ultra and Xperia T2 Ultra Dual also brings a few performance tweaks, as well as enhanced compatibility with wearable devices like the SmartBand SWR10 (Review | Pictures), according to Sony.