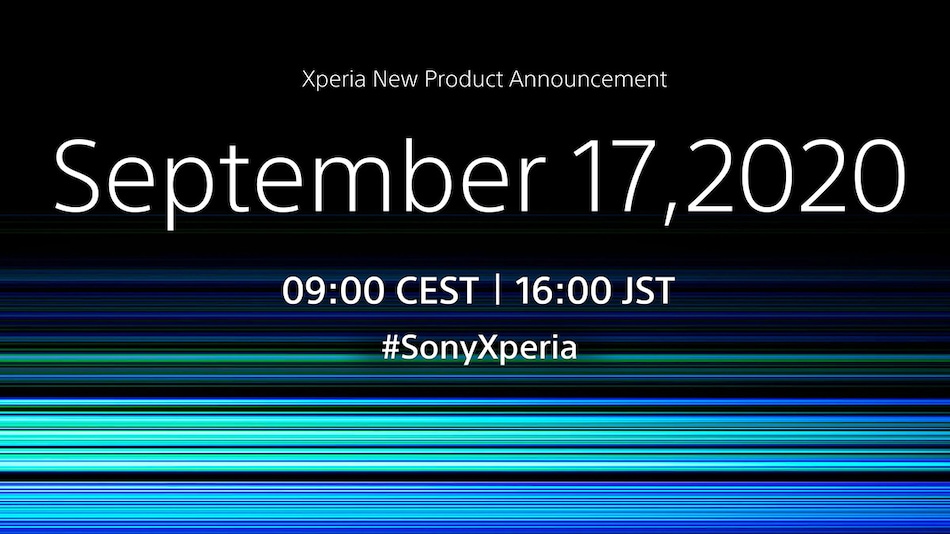 Sony could launch the Xperia 5 II on September 17

Sony Xperia 5 II is expected to launch on September 17, the date that the Japanese electronics giant is teasing for an "Xperia New Product Announcement". A recent leak by known tipster Evan Blass tipped that Sony is working on the Xperia 5 II smartphone, and coupled with the teaser, we have an idea about what's launching. Sony has teased the launch of its new product via its Facebook page and official YouTube channel. The Xperia 5 II will be the successor to the Xperia 5 the company launched last year.

Sony Mobile recently updated its Facebook page and YouTube channel to tease a new Xperia product launch scheduled for September 17, 2020 at 9:00am CEST (12:30pm IST) that will be livestreamed on the two channels. There are no other details in this teaser but the “#SonyXperia” hashtag hints at a smartphone launch. Rumours hint that the launch could be for the Xperia 5 II which was recently leaked by Evleaks on Patreon.

GSMArena cites the latest Blass render to claim the Sony Xperia 5 II has the Zeiss T* branding on the camera lens but the 3D ToF camera isn't present anymore. It also reports the presence of a physical shutter button on the right side of the Xperia 5 II. Sony is among the very few manufacturers to still offer a dedicated shutter button on its smartphones.

It is also reported that the Xperia 5 II sports a 3.5mm audio jack which the original Xperia 5 lacked. There are no details about the display size of the upcoming Sony Xperia 5 II nor do we have concrete information about the processor powering this upcoming device.

Sony would be streaming the launch of the upcoming product on September 17 which is only a couple of weeks away. We can expect more information to leak out by that time.