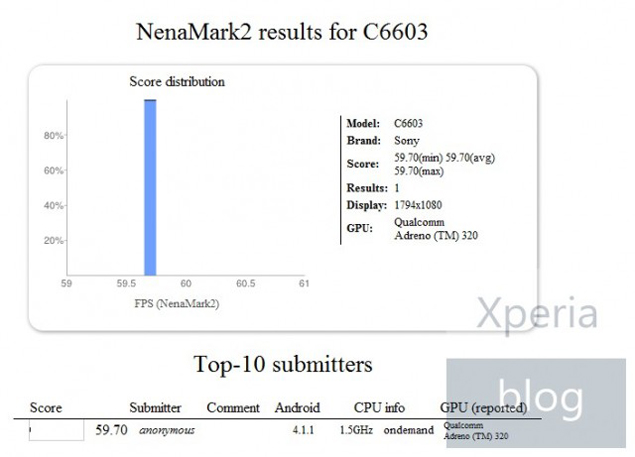 Rumour has it that Sony is working on a new Android smartphone with a 5-inch 1080p display, that is likely to launch next year. The Xperia blog has been keeping track of the device, which is completely under wraps and could be codenamed C660X Yuga or the C650X Odin depending on the launch regions.

An earlier leaked AnTuTu benchmark revealed that the C660X Yuga features Android 4.1.1 Jelly Bean and a CPU clock speed of 1.5GHz. Both phones are expected to differ in terms of looks and design but may find themselves within similar hardware territory. They will be embedded with a Qualcomm Snapdragon S4 chipset (APQ8064 & Adreno 320 graphics) and MDM9615 baseband chip with LTE support.

About a week ago, the blog mentioned that Sony will do away with ST/MT/LT code structure to categorise its smartphones in the small, medium and large touch screen segments. Instead, it will adopt a new five character nomenclature as the standard from 2013 onwards. 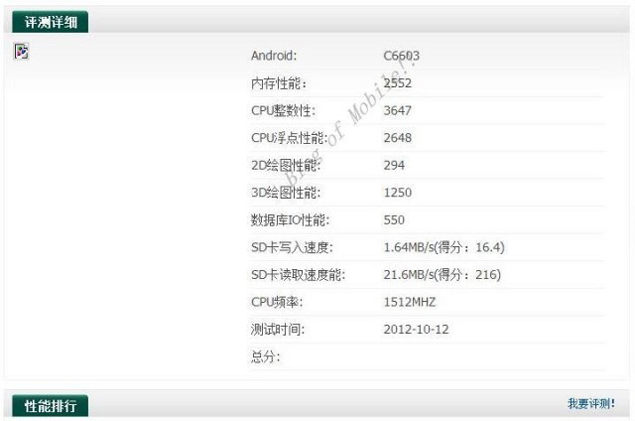 Codenamed Odin, the smartphone is expected to be Sony's next flagship device. The blog further mentioned that as per the User Agent Profile for Sony C650X 'Odin', there are three new Sony Mobile model numbers: C6502, C6503 and C6506. The last digit represents the region/carrier and hence, the difference in names.

What's interesting to see is that Sony is venturing into the phablet market, which already has the Galaxy Note and Galaxy Note II stronghold. Not to forget that HTC is also in the running for the Nexus 5 and a 5-inch phablet that leaked recently.

With the Consumer Electronics Show scheduled for January 2013 and the Mobile World Congress set a month later, we expect to see Sony's 5-inch device at either of the two events. It's too soon to expect anything regarding pricing and availability but considering its Sony, 5-inch and powered by quad-core processors, it is definitely high-end.
Comments