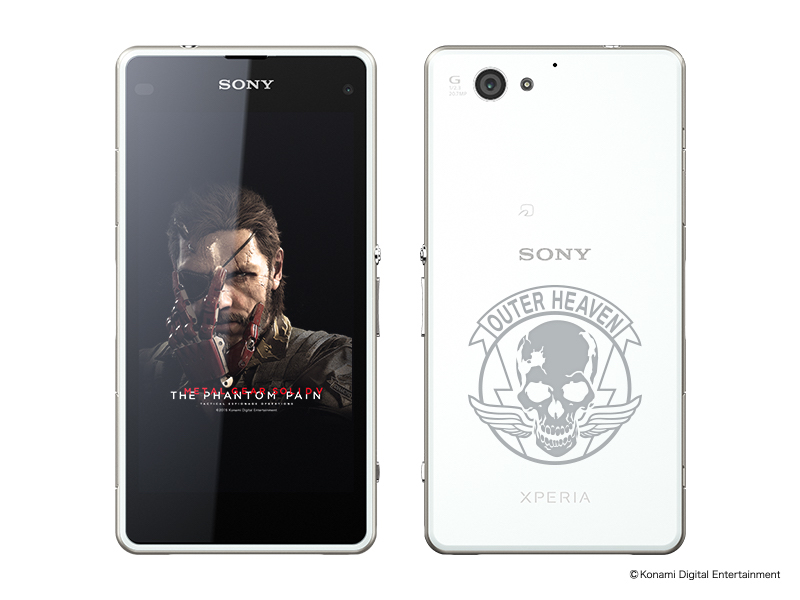 With Metal Gear Solid V: The Phantom Pain barely two weeks away, it's all but obvious that publisher Konami's marketing machine is in full swing. Not satisfied with a slew of trailers and extensive hands-on sessions from the press and the public at events like Gamescom 2015, the company has tied up with Sony's mobile division for a special edition smartphone.

According to a listing spotted by GforGames, the Sony Xperia J1 Compact: The Phantom Pain Edition sports the same guts as the Xperia J1 that launched in Japan in March last year.

Sporting a 4.3-inch HD display screen, a Snapdragon 800 quad-core processor at 2.2GHz, 2GB of RAM, a 20.7-megapixel camera, 2300mAh battery, and 16GB memory expandable via microSD, it seems middling compared to what most mid-range and high-end device sport in terms of specs. Even more so when you consider that it's retailing for around JPY 59,800 (around Rs. 31,400).

However, the big draw for Metal Gear Solid fans is that the phone has the "Outer Heaven" logo from the game on its back panel. In terms of software it comes with two original sound tracks, a custom ringtone, and a preloaded wallpaper to match its theme. There's a complete Metal Gear Solid V: The Phantom Pain art book in PDF as well as a JPY 1,000 (around Rs. 525) voucher to purchase Metal Gear Solid comics in ebook format via the Sony Reader Store (that's defunct outside Japan).

If this wasn't enough, the Xperia Z3 Tablet Compact and Z4 tablet as well as the NW-ZX2 and NW-A16 Walkman MP3 players also come with pre-installed content and custom designs. Needless to say, these are exclusive to Japan, making it necessary for die-hard fans outside the country to import these limited edition pieces of tech.