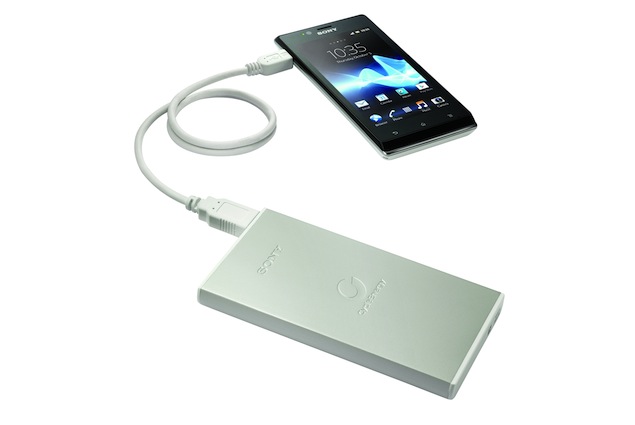 CP-F1L is 9.4mm thin and 125g in weight and has a battery capacity of 3,500mAh. This powerful charger, with a high output of 1.5A, allows users to charge a typical smartphone 1.5 times . Weighing 198g, CP-F2L boasts a capacity of 7,000 mAh that is capable of charging a typical smartphone up to 3 times. It also possesses dual USB output power ports, giving consumers flexibility in recharging more than one portable device at a time.

The two charges can themselves be charged using an AC adaptor or through USB port on a computer or notebook. The supplied AC adaptor also allows for the simultaneous charging of both the charger and a portable device at the same time. A 50cm micro USB cable is provided with the chargers.

Sony claims that the in-house production Li-ion polymer rechargeable batteries in CP-F1L and CP-F2L are able to retain 80 percent of their charged capacity even after one year, and can be recharged 500 times. The CP-F1L and CP-F2L chargers are also pre-charged by approximately 50 percent with emergency power so that consumers can power up immediately upon purchase.

The CP-F1L and CP-F2L chargers are available for Rs.3000 and Rs.5500 respectively and available across all Sony Center and other major electronic outlets in India.