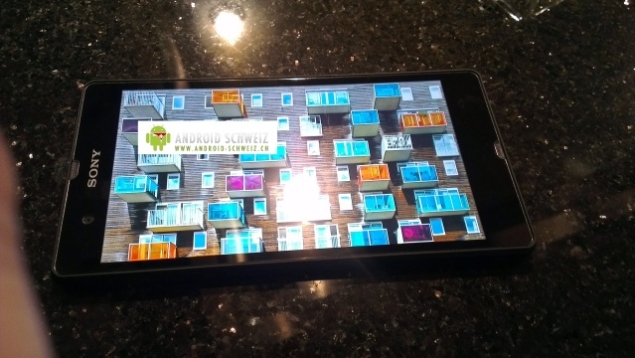 We've known for quite sometime now that Sony has been working on a 5-inch smartphone, the Sony C660X Yuga. Now the Xperia Blog reports that the device will be dubbed as the Sony Xperia Z.

The blog further mentions that the 5-inch 1080p (443 PPI) panel will come with OptiContrast technology, which is found in Sony televisions. This technology features a resin coating atop the display to reduce on-screen reflections.

Rumours of the device began floating in October when a known benchmarking site revealed that the C660X Yuga features Android 4.1.1 Jelly Bean and a CPU clock speed of 1.5GHz.

Just a week ago, Phone Arena reported that the Xperia Z aka Yuga will feature a quad-core processor from Samsung, 3GB RAM and an incredible 128GB of built-in storage. Not to forget, the device is likely to include a 5-inch full-HD display, a 16-megapixel camera and a large 3000mAh battery.

Another website posted a detailed hands-on with the phone boasting impressive specs on the Sony C6603 Yuga, some of which were rumoured earlier. The phone apparently features a 5-inch full-HD display at 440 PPI with Sony's Mobile Bravia Engine. It is powered by a Qualcomm Snapdragon S4 Pro quad-core processor with 2GB RAM and 16GB internal storage, which is expandable by another 128GB.

Other features include a 12-megapixel rear camera (as opposed to the 16-megapixel mentioned earlier), micro-USB as well as USB host mode, 802.11 a/b/g/n in both 2.4GHz and 5GHz modes, Bluetooth 4.0, LTE and NFC.

With CES 2013 scheduled for January in Las Vegas, it wouldn't be surprising to see the phone make its official debut at the event.