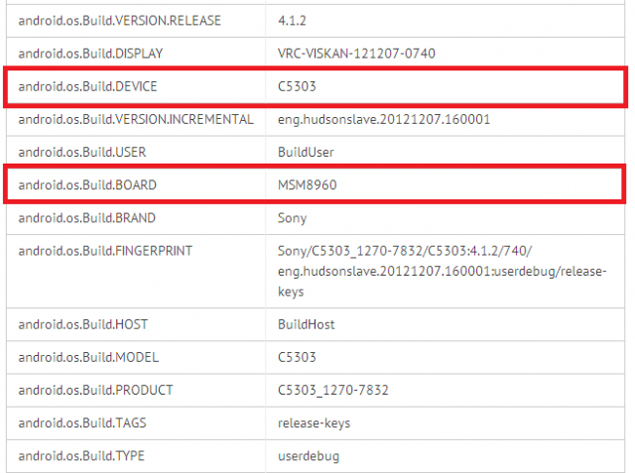 After the Xperia Z and ZL, it's now the Sony C530X codenamed HuaShan. We've been hearing rumours of this mid-range Android smartphone from Sony for quite a while now. The latest news on this device is that it will come with a 1.7GHz dual-core MSM8960T Qualcomm SnapDragon S4 Pro Processor with Adreno 320 GPU and a 720p display.

The Xperia blog reports that these details have appeared on the GLBenchmark website. According to the listing, the smartphone should be able to deliver a 1280x720 pixels resolution and come with Android 4.1.2 Jelly Bean. It will also feature on-screen navigation keys.

The device apparently will be part of a C530X series, alongside the C5302 and C5306. While the C5303 will likely be released in China, the other two models will be released in Europe and United States.

Prior to this, the C5303 was spotted on the AnTuTu benchmark where the handset was running Android 4.1.1 Jelly Bean in the test and scored 16,133. While other hardware specs are still unknown, the device is  more likely to be seen at MWC this year.

In case you're wondering why is Sony using such weird names, the blog offers an explanation. Beginning last year, Sony had decided to use a different nomenclature for naming its devices. We saw many devices in the Xperia series differentiated with alphabets like U, S, J and so on. But these didn't clearly indicate what the user should expect from the handset.

But the Xperia Z and Xperia ZL aren't similar in terms of their looks and despite this fact, Sony is using the letter 'L' to show them apart.

Unless Sony gets its naming act together, we'll have a 'John Doe' for Sony's Xperia devices, making it extremely difficult to tell one smartphone from another.
Comments