Sony C530X codenamed 'HuaShan' poses for the camera once again 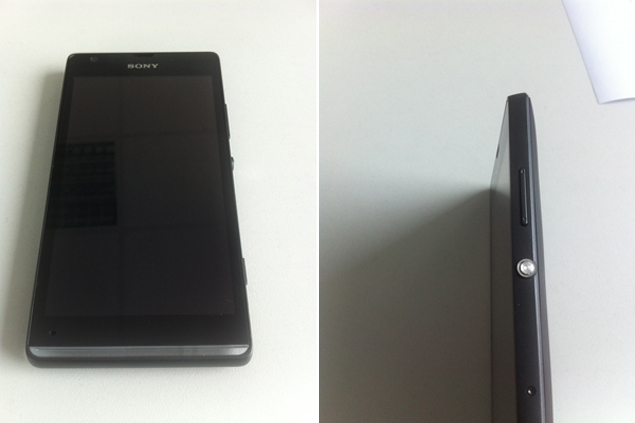 Just when we thought that the the Sony C530X codenamed 'Huashan' had enough of the attention, the smartphone has now resurfaced in a fresh set of images on a German forum.

From the images, it seems that the C530X sports a similar design in comparison to the recently unveiled Xperia Z smartphone. The Sony C530X HuaShan will run on Android 4.1.2 (Jelly Bean) operating system, sporting firmware version 12.0.A.0.298 and the 3.4 kernel.

The device made an appearance earlier this month in a set of benchmark leaks that have indicated that Sony C530X HuaShan may come on-board with 1.7GHz dual-core MSM8960T Qualcomm SnapDragon S4 Pro Processor with Adreno 320 GPU and a 720p display. It will also feature on-screen navigation keys.However, there is still no word in regards to when this smartphone will see the light of day.

The device apparently will be part of a C530X series, alongside the C5302 and C5306. While the C5303 will likely be released in China, the other two models will be released in Europe and United States. Prior to this, the C5303 was spotted on the AnTuTu benchmark where the handset was running Android 4.1.1 Jelly Bean in the test and scored 16,133.

Given that Sony had made a big splash at the Consumer Electronics Show (CES), it is expected that they will be looking at showing an interesting set of devices at the Mobile World Congress (MWC). So, it is likely that we may see this device at Barcelona.

For those unaware, the Sony Xperia Z comes with a 5-inch full-HD (1080x1920) display and is powered a by 1.5GHz Snapdragon S4 Pro quad-core processor. Other highlights include a 13-megapixel rear camera and 2GB of RAM. The Xperia Z is IP55 and IP57 certified, which means it is dust and water resistant.

The Sony Xperia ZL is identical to Sony Xperia Z in terms of specs minus the dust and water resistant features.

Sony has recently also launched the slimmest and lightest tablet - Sony Xperia Z tablet. The Xperia Z Tablet packs in a 10.1-inch screen with full-HD (1920 x 1200) display. It runs on Android 4.1 (Jelly Bean) and is powered by a 1.5GHz quad-core Snapdragon S4 Pro processor. The tablet comes with 2GB of RAM and 32GB of internal storage, which can be expanded further by a microSD card.