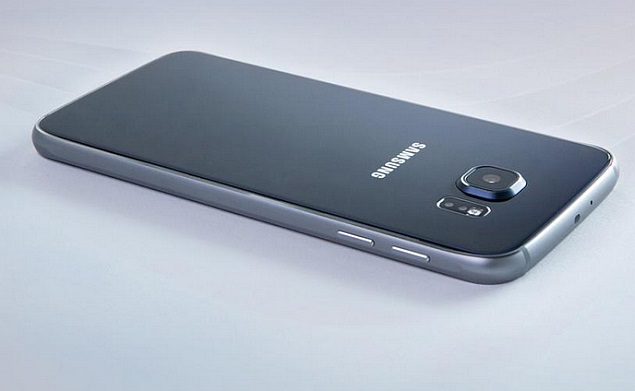 Samsung does seem to be having some issues with its smartphone software, with its acknowledgments about buggy Lollipop updates now joining user reports of a bug in the Galaxy S6 and Galaxy S6 Edge software that is showing users recurring popup notifications.

Some Samsung Galaxy S6 and Galaxy S6 Edge users are reporting a frequent popup message to enable 'Enhanced Features', which includes the Profile Sharing and Simple Sharing features. The former lets users share and see profile data of the people in their contacts, while the latter lets users share large files up to 1GB with their contacts. Agreeing to the popup message will mean allowing Samsung to collect the user's phone number, contact list, and messages, as well as make users face the possibility of data and message charges. 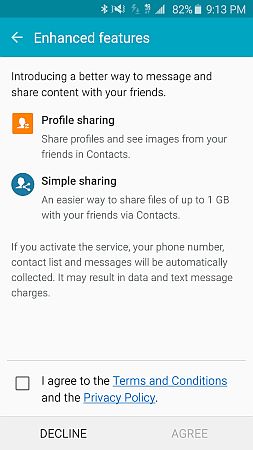 An affected user on Reddit (via Android Police), noted, "Screen keeps popping up every few minutes. I keep hitting deny but it always comes back over the app I am currently using."

Android Police claims that the problem has been majorly seen on the Galaxy S6 Edge on T-Mobile, and also points users to a user-contributed workaround that can help stop receiving the notifications. Apart from attempting to switch off Profile sharing, which some affected users says hangs the device when attempted, users are recommended to deregister themselves from the Profile sharing service. The company has yet to acknowledge the bug, but certainly needs to work on a fix.

SamsungMobileUK via a tweet last week confirmed that it is working on more micro-updates for various Galaxy smartphones. It said, "Our engineers are currently working on micro updates for the lollipop update on various devices!"

The company was replying to a Samsung Galaxy S4 user who wanted to know when Samsung is releasing micro updates for the 2013 flagship, which was also facing similar bugs after updating to Android 5.0 Lollipop. The Twitter user's query read, "I've been having problems with my s4 [Samsung Galaxy S4] since the update on Saturday. Heard there is a micro update for s5 [Samsung Galaxy S5] coming but s4?"

The South Korean company is yet to reveal any time-frame for the release of "micro-updates" for various Galaxy smartphones. The company has also not listed the names of the Galaxy phones that have been affected by the bug in Android 5.0 Lollipop bug leaving us to believe that the whole line-up might be affected.

BAE Designs Smart Helmet That Can Turn Any Room Into a Virtual Battlefield
Is Facebook Getting Ready to Launch eBay-Like Features?