Some Google Play Edition Smartphones No Longer Available for Sale 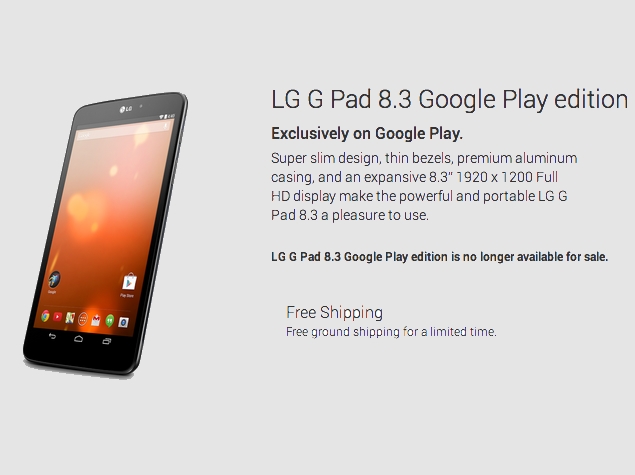 Earlier the status on specific pages of these Google Play edition (GPE) devices was changed to "no longer available for sale" (see above). Now, since the listing has also been removed, it seems that the LG G Pad 8.3 , Sony Z Ultra, and HTC One (M7) GPE devices will not be restocked.

Last month, Google had started pushing out the Android 4.4.3 KitKat update for its Google Play edition devices, with users reporting OTA availability of the update. The update had brought security enhancements and various bug fixes to the devices.