Some Consumers Say Apple Is Losing Its 'Cool' Factor 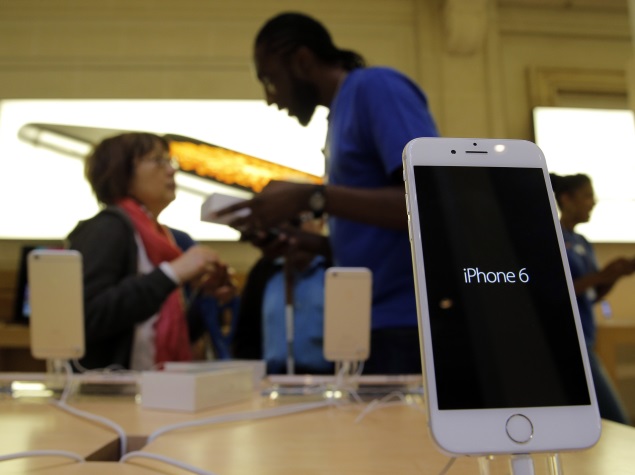 Holly Riggle, a 29-year-old white-collar worker from Ohio, is just the kind of everyday customer Apple Inc would love to have for its new iPhone 6, which launches Friday.

But Riggle is sticking to her Android smartphone, calling Apple less "original" than it was under former chief executive Steve Jobs. She's one of the 16 percent of respondents in a Reuters/Ipsos poll who said Apple had become somewhat or much less cool in the last two years.

By comparison, some 11 percent of respondents said that Android had lost some sheen in the same timeframe. In a similar poll a year ago, 14.3 percent of 1,379 people surveyed thought Apple had lost its cool image between 2011 and 2012.

While still a juggernaut, with analysts expecting sales of around 9 million iPhone 6 in its launch weekend, Apple may be losing some of its shine, according to the poll.

More Americans feel that Apple has lost its "coolness" quotient than has the Android brand, according to the poll, conducted Sept. 8-13.

When questioned on how they perceive five popular technology brands - Apple, Android, Microsoft, Dell Inc and Hewlett-Packard - respondents gave the highest coolness factor rating to the Android brand, which includes devices such as Samsung and others that run on Google's mobile operating software.

About 50 percent said that in the last one to two years, the Android brand had grown cooler, compared with 48 percent who voted for Apple.

Although the poll is based on a limited sample, it reflects how Android products, which tend to be less expensive, have caused Apple to shed some of its buzz.

"Especially when you have competitors who are doing a lot of innovative things themselves and great advertising, it's not surprising that Apple doesn't have the same cachet and coolness that it once did," said Kevin Lane Keller, a branding expert and professor at Dartmouth's Tuck School of Business.

The mobile phone wars have become a lot like politics, with battling Democrats and Republicans, said Rob Janoff, the designer of the Apple logo and an independent branding and design expert based in Chicago.

"You can't carry that magic forever," Janoff said, but that does not mean consumers should dismiss mature brands. "I think people have to accept that companies that are out there, they age."

Last year when it launched its previous version of the iPhone, Apple sold 9 million iPhone 5s (Pictures) and iPhone 5c (Pictures) in the first three days in stores. But drawing a comparison with the iPhone 6 is tricky as sales are based on availability, and Apple has not shared comparable details.

Also, this time the iPhone is not launching in China on Friday, unlike last time, Shannon Cross, an analyst with Cross Research, explained.

Many customers will need to wait until next month for their new iPhones after Apple logged a record 4 million first-day pre-orders, double the number for the iPhone 5 two years ago.

Errand-service TaskRabbit said more than 500 people in the United States and London have hired individuals at $25 an hour to stand in line at Apple stores to grab the new iPhone, up 43 percent from requests during the iPhone 5 (Pictures) launch two year ago.

Apple's iPhone is "easily broken and expensive to fix," said Jim Jackson, a 55-year old from Phoenixville, Pennsylvania, who participated in the survey.

"Apple is following Samsung at this point in terms of design," Jackson added. "A couple of years ago they were making fun of Samsung because Samsung grew big and now they've gone big," he said, referring to the 4.7-inch iPhone 6 and 5.5-inch iPhone 6 Plus that will hit store shelves on Friday.

That was the only area where Riggle saw innovation at Apple.

"The only new idea they've come up with is that they're adjusting the size of their products," she said.