Smartphones, Electronics to Get Closer Airport Checks: US 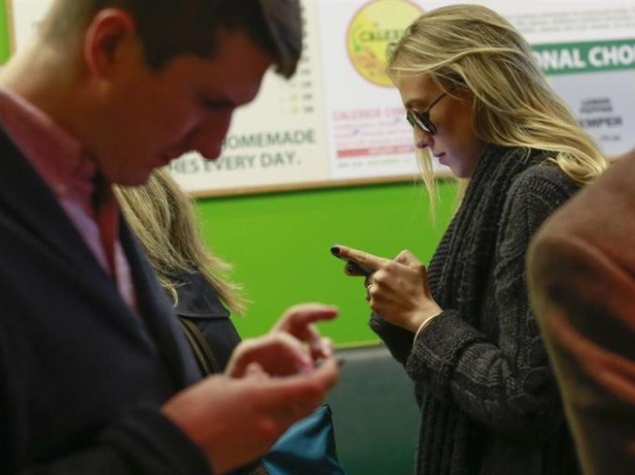 Air travelers with smartphones or other electronic devices must be able to turn them on to take them aboard under new security measures, US authorities said Sunday.

US-bound travelers from Europe and the Middle East have faced tighter airport security in recent days over fears that militants linked to Al-Qaeda are developing new explosives that could be slipped onto planes undetected.

The checks focused on electronic items such as laptops and smartphones, amid fears that extremists such as Al-Qaeda could use them as their latest tactic in a long campaign of attacks involving jets.

"During the security examination, officers may also ask that owners power up some devices, including cellphones," the US Transportation Security Administration said in a statement, noting that all electronic devices are screened by security officers.

"Powerless devices will not be permitted onboard the aircraft. The traveler may also undergo additional screening."

The agency noted that it could "adjust" security measures further to provide maximum security to travelers.

A TSA official declined to confirm further details about the enhanced screenings in the United States, and on US-bound flights.

French and British authorities have urged passengers to allow extra time to get past the additional measures, which were not specified but were believed to focus on footwear and electronic items.

The Department of Homeland Security, of which the TSA is part, is also asking that airlines and airport authorities in Europe and elsewhere examine the shoes of passengers headed for the United States and increase random screenings of travelers, ABC News reported.

It cited one source as saying the unspecified threat was "different and more disturbing than past aviation plots."

"We felt that it was important to crank it up some at the last point-of-departure airports," DHS Secretary Jeh Johnson told NBC television's "Meet the Press." "And we'll continually evaluate the situation.

"We know that there remains a terrorist threat to the United States. And aviation security is a large part of that," he added.

Concern over returning fighters
On Wednesday, US officials had publicly demanded enhanced security for airports in Europe and the Middle East with direct US flights to the United States.

They did not confirm whether they had intelligence about a specific plot, but their actions suggested alarm.

The request was "based on real-time intelligence," according to a Homeland Security Department official who spoke on condition of anonymity.

Western intelligence services say that hundreds of militants travelling from Europe to fight in the Middle East could pose a security risk on their return. Most European passport-holders do not need a visa to travel to the United States.

Of particular concern is Al-Qaeda in the Arabian Peninsula (AQAP), the Yemen-based branch of the terror network founded by the late Osama bin Laden.

US and other intelligence services say AQAP is passing on sophisticated bombmaking expertise to militants fighting in Syria for use against Western targets - most prominently, passenger aircraft.

AQAP "is always the group we think about when we talk about undetectable bombs," a US intelligence official told AFP on Friday.

France announced it was boosting passenger screening at its airports, responding to a request from Washington.

Passengers in Britain have long faced tight security measures at airports following high-profile threats, including a failed attempt by British "shoe bomber" Richard Reid to blow up a US-bound flight in 2001.

(Also Read: How Airlines Want to Change Your Flight Experience With Apps)

Experts say that if anyone could be behind the threat of a new generation of bombs, it was Ibrahim al-Asiri, a 32-year-old Saudi believed to be hiding out with AQAP in Yemen's restive southern provinces.

A previous high-profile attempt by AQAP to blow up a US-bound plane failed on December 25, 2009, when Nigerian Umar Farouk Abdulmutallab tried to detonate explosives hidden in his underwear.

The Detroit "underwear bomber" is now serving a life sentence in the United States.