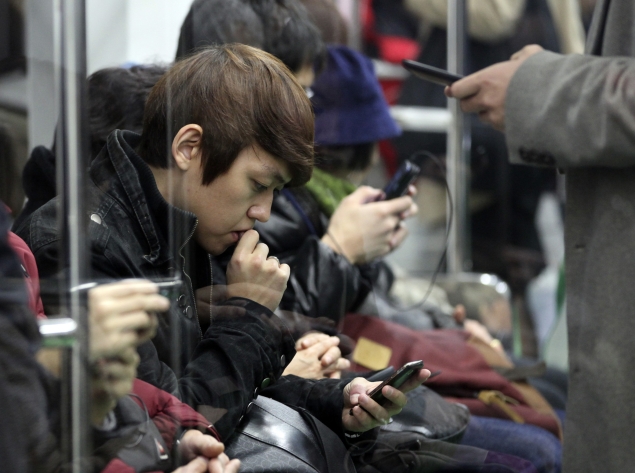 The worldwide mobile phone market grew 4 percent year over year in the first quarter of 2013 as smartphones outshipped feature phones for the first time.

"Phone users want computers in their pockets. The days where phones are used primarily to make phone calls and send text messages are quickly fading away," said Kevin Restivo, senior research analyst with IDC's Worldwide Quarterly Mobile Phone Tracker. "As a result, the balance of smartphone power has shifted to phone makers that are most dependent on smartphones."

Meanwhile, Samsung increased its lead at the top as a flood of cheaper phones lifted its total shipments to 115 million. Samsung's share of the overall mobile market stood at 27.5 percent.

Sales of the iPhone 5 helped Apple's volumes grow 6.6 percent to 37.4 million phones in the quarter from a year earlier, as its share of the market increased marginally to 8.9 percent.

"In addition to smartphones displacing feature phones, the other major trend in the industry is the emergence of Chinese companies among the leading smartphone vendors," noted Ramon Llamas, research manager with IDC's Mobile Phone team. "A year ago, it was common to see previous market leaders Nokia, BlackBerry (then Research In Motion), and HTC among the top five. While those companies have been in various stages of transformation since, Chinese vendors, including Huawei and ZTE as well as Coolpad and Lenovo, have made significant strides to capture new users with their respective Android smartphones."