Sleev and iPin, the Coolest New Phone Accessories on Kickstarter 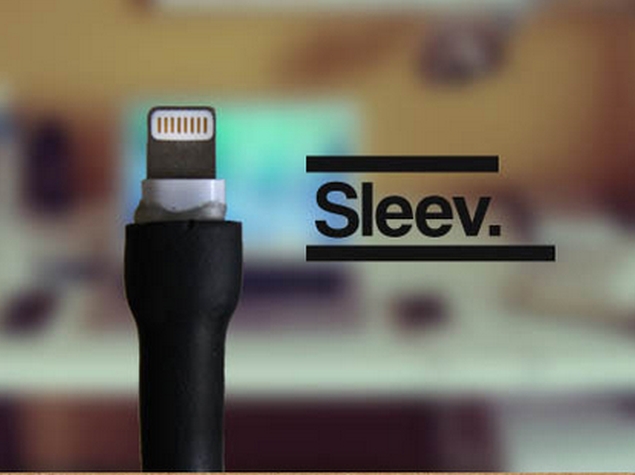 Every week, this column looks at some of the coolest new projects from the world of crowdfunding. We check sites like Kickstarter and Indiegogo to find the coolest, weirdest, and most exciting new projects you can back each week.

Crowdfunded projects don't always work out - and even if a project gets fully funded, there's still a chance that it could go horribly wrong.

We still do this, because some of the coolest new gadgets have come from crowdfunded projects. There's a cottage industry of new 3D printers, and the Oculus Rift and the Pebble Smartwatch are some of the most famous success stories in crowdfunding.

Not every project we find has to be the next big thing though. Sometimes it can be the next fun thing. This week, we found two new accessories on Kickstarter that we really liked.

First, there's the Sleev. This is actually an accessory for your charger, and not your phone.

The Sleev is a protective rubber sleeve you can slide over the end of your charger, to reinforce the part of the cable where the wire meets the jack that plugs into your phone. This is a part that tends to bend and break really quickly, and that's a problem we've especially faced with our iPad charger cables. There's not much you can do about it except buy a new Lightning (or Micro-USB) cable, and that's really wasteful.

The Sleev is a simple, cheap tool you can use to make sure that you don't face this problem at all. It's just a piece of heat-shrunk tubing - you thread your cable through a wide pipe of rubber-like material, and then hold it over a lighter. The heat makes the tube shrink and seal your cable, and then you place it in the fridge to cool. This case is now stuck to your cable, providing rigidity and keeping it from damage.

You can see a more detailed explanation in the video:

Aside from that, we also liked the iPin - this is a tiny laser pointer that you can attach to your iPhone or Android smartphone. The first iPin was a simple little insert that you fitted in the earphone jack of your iPhone (or iPad), and controlled with a free app that also doubled as a presentation remote.

The new iPin for Android connects to a Micro-USB port - but it also includes a new accessory that will work with the old iPin. While the iPin could already control presentations on your PC, it required some setup. The company claims that its new BTtogo accessory lets you control any public computer whose USB port you can plug it into, with no setup required.

You can see more in the video below:

To see more stories from the world of crowdfunding, click here.