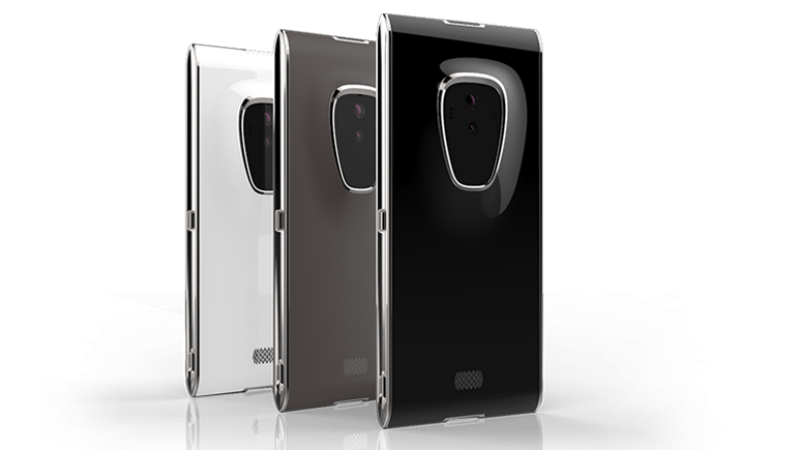 Switzerland-based startup Sirin Labs has launched a blockchain-powered smartphone called Finney. Last month, the company had said that FIH Mobile, a subsidiary of world's largest contract electronics manufacturer Foxconn, will manufacture its Finney blockchain smartphone, which is designed to securely store and use digital currencies such as Bitcoin in fee-less transactions. Finney, claimed to be the world's first blockchain-based smartphone, can automatically convert tokens for the use of decentralised applications, without having to obtain the different tokens through an exchange, Sirin has said.

The Sirin Finney packs some decent specifications, as it is powered by the Snapdragon 845 SoC, sports a 6-inch display with 18:9 aspect ratio, comes with 6GB RAM, and a 12-megapixel rear camera. The company says that the embedded cold storage wallet in the phone comes with a secure hardware element, is tamper resistant, and supports major cryptocurrencies and tokens. The target price of the handset has been set at $999 (roughly Rs. 67,300). It is currently available for pre-order with a 10 percent discount via the company's site.

The single-SIM (Nano) Sirin Finney runs Android 8.1. The smartphone sports a 6-inch display with 18:9 aspect ratio. It comes with 402ppi resolution and 95 percent NTSC colour gamut. It is powered by the Qualcomm Snapdragon 845 processor, paired with 6GB of RAM.

In terms of optics, the Sirin Finney features a 12-megapixel rear camera with f/1.8 aperture, with low-light imaging and ultra-fast laser autofocus. It also sports an 8-megapixel selfie camera with f/2.2 aperture.

The Sirin Finney is equipped with 128GB of inbuilt storage. Connectivity options in the smartphone include 4G LTE, Bluetooth 5.0, WiFi 802.11 a/b/g/n/ac, and NFC. It is fuelled by a 3000mAh battery that the company promises will get fully charged in 2 hours.