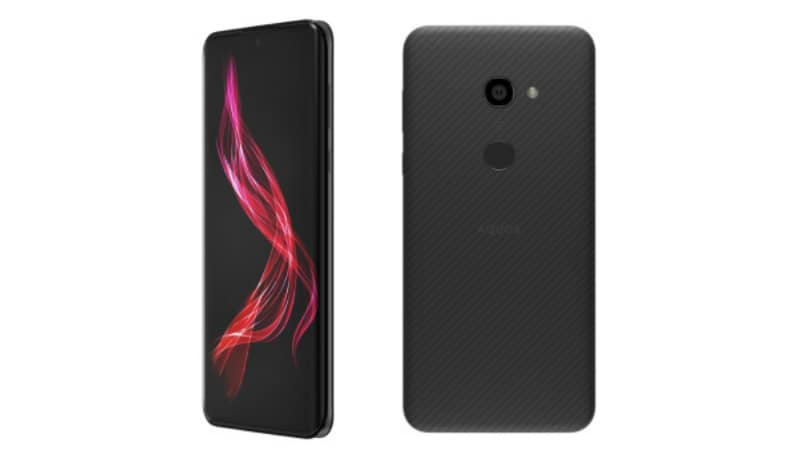 Sharp has expanded its portfolio and has announced the Aquos Zero smartphone in Japan. The big highlight of the device is its OLED panel made in-house, its display notch, 6GB RAM, and water and dust resistance capabilities. The pricing and exact availability details are not known at the moment, but the company is expected to launch it by the end of this year. The Sharp Aquos Zero comes after the Aquos R2 that was launched in May this year, and its USP is the Snapdragon 845 SoC, and a dedicated video recording camera.

As mentioned, the Sharp Aquos Zero has a display notch and a thin chin at the bottom edge of the display. There is just one camera at the back, underneath which resides the fingerprint sensor as well. It sports a magnesium frame and an aramid fibre back panel for durability. It supports stereo speakers and face unlock as well. Reiterating again that Sharp hasn't announced availability and pricing details, it however said that the Aquos Zero will arrive in Japan by the end of the year.

As for specifications, the Sharp Aquos Zero runs on Android 9 Pie and features a 6.22-inch (1440x2992 pixels) WQHD OLED display with support for the DCI-P3 color space and Dolby Vision. It is powered by a Snapdragon 845 octa-core SoC with Adreno 630 GPU and 6GB RAM. Inbuilt storage is at 128GB.

Coming to the camera, the Aquos Zero sports a 22.6-megapixel rear sensor with f/1.9 aperture and an adjacent 8-megapixel front sensor as well. It packs a 3,130mAh battery and is IPX5/IPX8/IP6X certified for water and dust resistance. Connectivity options include 4G VOLTE, Wi-Fi 802.11 ac, GPS, Bluetooth, and 3.5mm audio jack. The Aquos Zero measures 154x73x8.8mm and weighs 146 grams.