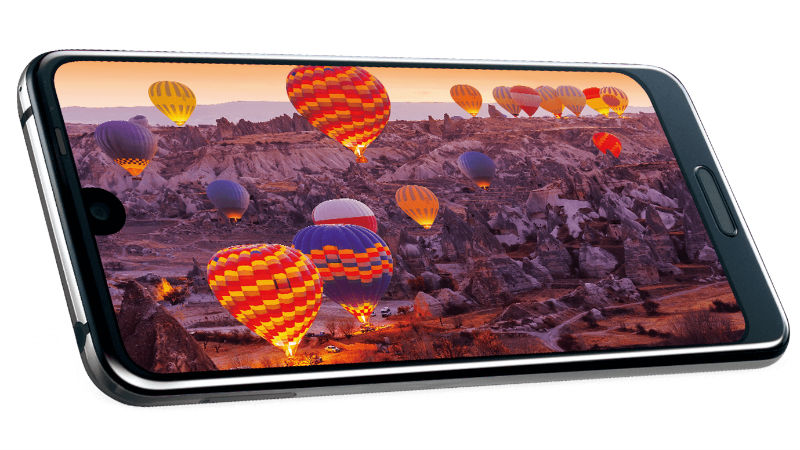 Japanese smartphone manufacturer Sharp has unveiled a new premium smartphone - Sharp Aquos R2 - in its home market. It is the successor to the Aquos R, the flagship smartphone that was launched last year. While the previous version was among the first few smartphones to launch with the Snapdragon 835 processor, the highlight of the Aquos R2 is the Snapdragon 845 SoC. It also has another interesting feature - a dedicated video recording camera. Notably, the smartphone has currently only been launched in Japan, and pricing has not been revealed, nor has availability in other international markets.

The Sharp Aquos R2 comes with its own inbuilt Emopa AI assistant. It sports a dual rear camera setup with one dramatic wide camera and a standard camera. Also, the AI is able to click images automatically during a video shoot, a feature called AI Live Shutter works. This has been showcased in a video on YouTube. The smartphone is IPX5/ IPX8/ IP6X certified for dust and water resistance, and boasts of Dolby Vision and Dolby Atmos for a richer multimedia experience.

Sharp Aquos R2 specifications
The Sharp Aquos R2 runs Android 8.0 Oreo. It sports a 6-inch QHD+ (1440x3040 pixels) display with a 19:9 aspect ratio. As mentioned, the smartphone is powered by the quad-core Qualcomm Snapdragon 845 processor clocked up to 2.8GHz. It comes in only a single variant, bearing 4GB of RAM.

The Sharp Aquos R2 packs 64GB of inbuilt storage, expandable via microSD (up to 400GB). The smartphone packs a 3130mAh battery. In terms of dimensions, the handset measures 156x74x9mm and weighs 181 grams.