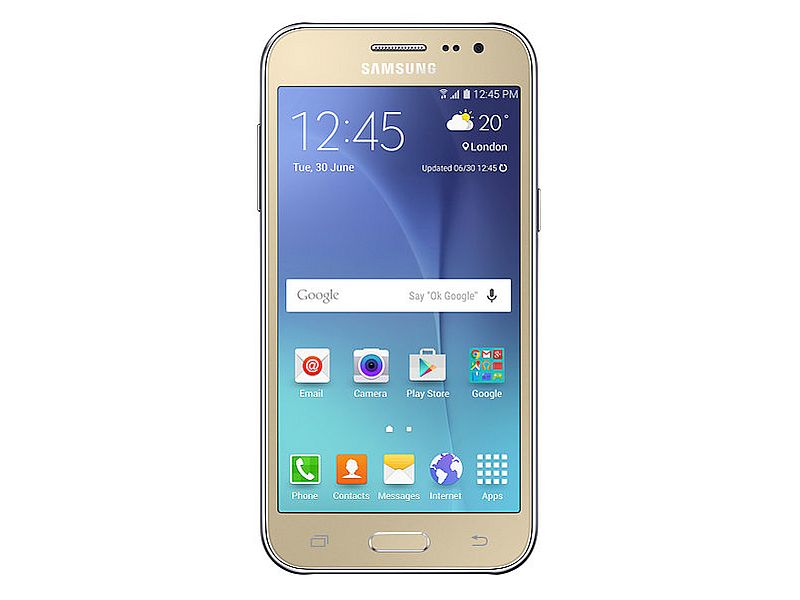 Samsung has unveiled its first smartphone featuring a digital TV tuner, the Galaxy J2 DTV. The new Galaxy J-series smartphone will be exclusive to Philippines initially with no word about availability in other markets. The biggest highlight of the Samsung Galaxy J2 DTV is its capability to broadcast television on the phone. It has been priced at PHP 6,990 (approximately Rs. 10,000) and is expected to be available online. At the time of writing, the handset was listed on the company's website.

The Next Web points out that the television broadcast feature on the Galaxy J2 DTV may not work as advertised in other countries, as the Philippines supports the Integrated Services Digital Broadcasting (ISDB) standard while whole of Europe and America supports the Digital Video Broadcasting (DVB) and Advanced Television System Committee (ATSC) standards respectively.

The Samsung Galaxy J2 DTV features a 4.7-inch qHD (540x960 pixels) Super Amoled display. It is powered by a 1.3GHz quad-core processor coupled with 1GB of RAM. There is 8GB of inbuilt storage which can be expanded via microSD card (up to 128GB). It sports a 5-megapixel rear autofocus camera and also comes with a 2-megapixel front camera.

The dual-SIM Galaxy J2 DTV supports both Micro-SIM cards and comes with GPRS/ EDGE, 3G, 4G, Bluetooth 4.1, GPS/ Glonass, Wi-Fi 802.11 b/g/n, and Micro-USB connectivity options. Unfortunately, Samsung has not confirmed the Android version running on top of the Galaxy J2 DTV. It packs a 2000mAh removable battery and will be available in Gold colour. It measures 136.5x69x8.4mm and weighs 130 grams.