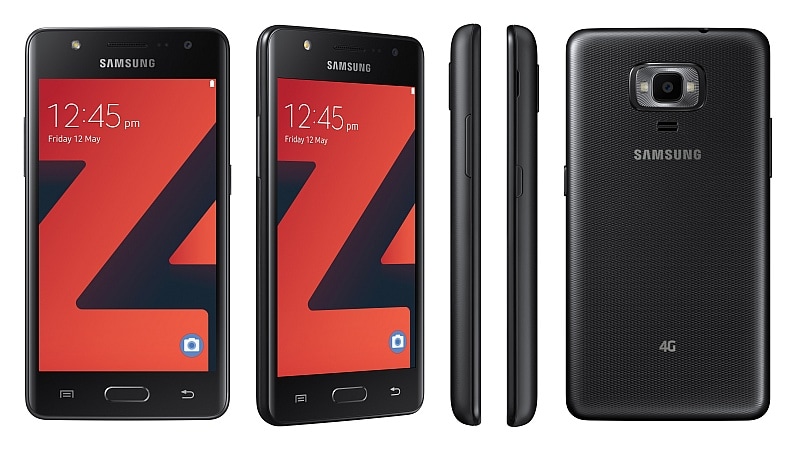 Samsung's latest Tizen-powered smartphone, the Z4, will go on sale in India on Friday via offline retailers in the country. The smartphone had been globally unveiled last week, before being launched in India earlier this week.

The Samsung Z4 price in India is Rs. 5,790, and it comes with two covers in the box - Black and Gold - allowing buyers to switch up the colour variants when they feel like doing so. As the name would imply, the Samsung Z4 is the fourth smartphone in Samsung Z series - however, it isn't the successor to the Samsung Z3. The first Samsung Tizen smartphone unveiled was the Samsung Z, but never became available in markets. The Samsung Z1 was launched in January 2015, and strangely, was followed by the the Samsung Z3, unveiled in October 2015. Last year, the company followed up with the Samsung Z2, launching it in August 2016.

Samsung is highlighting the cameras on the Samsung Z4 as the smartphone's main selling points. It bears a 5-megapixel front camera with f/2.2 aperture and LED flash support. On the rear, it a 5-megapixel rear camera with dual-LED flash support Samsung says the front and rear cameras are "optimised for social media" and offer features focused on convenience and creativity.

The Samsung Z4 sports a 4.5-inch WVGA (480x800 pixels) display with 2.5D curved glass on top, which the company says is a first for its Z-Series Tizen smartphones. It is powered by a 1.5GHz quad-core processor coupled with 1GB of RAM.