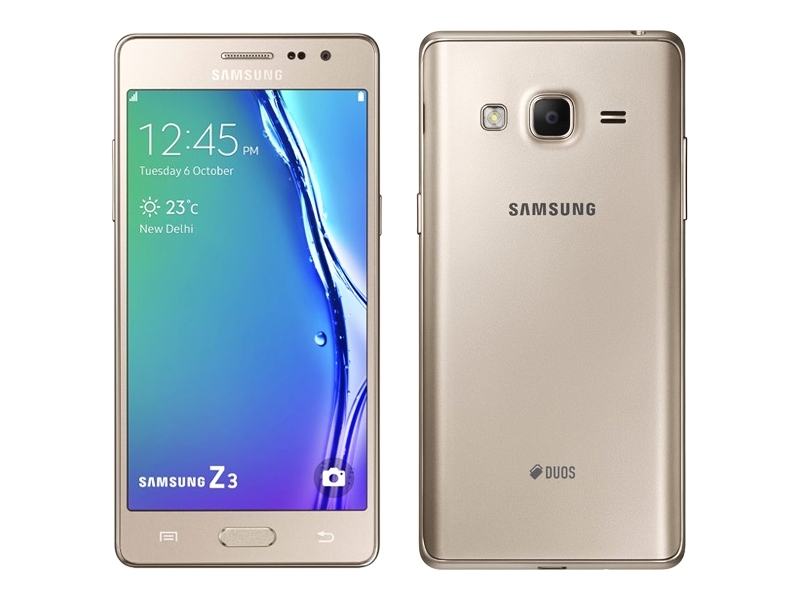 The dual-SIM Samsung Z3 runs on Tizen 2.4, and features a 5-inch HD Super Amoled display. The second Tizen-based smartphone to be launched in India, it is powered by a 1.3GHz quad-core Spreadtrum SC7730S SoC coupled with 1GB of RAM, the smartphone features 8GB of built-in storage that's expandable via microSD card (up to 128GB).

The Samsung Z3 bears an 8-megapixel rear camera with an f/2.2 aperture and LED flash, and a 5-megapixel front-facing camera with the same f/2.2 aperture. Connectivity options include 3G, Bluetooth 4.0, Micro-USB, GPS with A-GPS, and Wi-Fi 802.11 b/g/n.

The South Korean electronics giant has partnered with Gameloft and Rovio to preload games on the smartphone, as well as Vodafone for 1GB data plan free per month for two months. Lifetime MixRadio access is also bundled.

The company also unveiled the My Galaxy app, which will be available for Samsung devices via Google Play and the Tizen Store. The app provides offers, deals, discounts, and device care services in four segments - Home, Services, Care, My Page. Home shows offers and deals (with partners such as Pizza Hut, Paytm, Amazon, Bookmyshow, and Coupon Dunia); Services gives access to recharges, food, and travel; Care helps users locate Samsung stores and service centres, apart from accessing services like the Samsung Smart Tutor, and finally, My Page shows saved favourite deals offers, payback points which can be redeemed via Samsung Stores, and more.

Speaking at the launch, H.C Hong, President and CEO, Samsung India Electronics, said, "The launch of Samsung Z3 re-emphasizes India's significance as a key centre for innovation and development on the Tizen operating system, with India being the first country to globally launch the Z3. We were encouraged by the huge popularity of Samsung Z1, the first Tizen OS powered smartphone that sold over one million units within six months of its launch earlier this year."