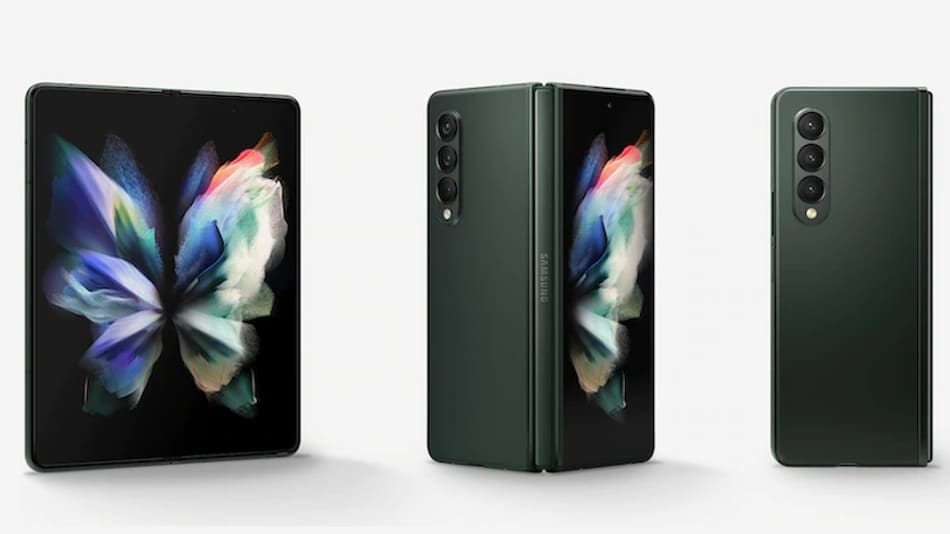 A report by 91Mobiles has claimed the colour variants and RAM + storage configurations of the Samsung Galaxy Z Fold 4 and Galaxy Z Flip 4. As per the leak, the upcoming Galaxy Z Fold 4 will come in three colour options — Beige, Grey-green, and Phantom Black. The Galaxy Z Flip 4, on other hand, is said to be offered in Bora Purple, Graphite, and Pink Gold shades in India.

Separately, tipster Noh (@noh_tech) has shared leaked live images of Galaxy Z Fold 4 and Galaxy Z Flip 4 on Twitter, tipping the design from all angles in unfolded mode. The leaked live shots show the handsets in a blue shade with a design similar to previous generation foldable phones.

The renders of the Galaxy Z Fold 4 show a triple rear camera unit arranged in the upper left corner at the back along with an LED flash. The live shots also suggest an under-display camera. The Galaxy Z Flip 4 is seen with flat edges. In unfolded mode, the horizontal crease on the clamshell folding display is visible.

Both the Galaxy Z Fold 4 and Galaxy Z Flip 4 are expected to be launched on August 10 at the Galaxy Unpacked event. The company has recently started pre-bookings for the “Next Galaxy smartphones” in India without revealing the exact moniker and price details.