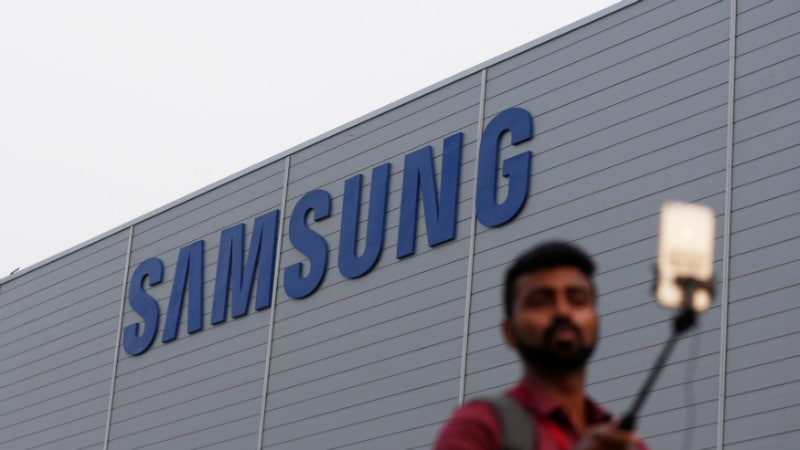 After being the second consequently in the last two quarters, Samsung has made a comeback to the leading position in the Indian smartphone market and surpassed Xiaomi with 29 percent share in the second quarter of 2018, Counterpoint Research said on Tuesday. It is believed that the refreshed Galaxy J-Series (Galaxy J6, Galaxy J2 2018, and Galaxy J4) helped the South Korean giant to defeat the Beijing-based company that fell from over 31 percent in the first quarter to 28 percent in the last quarter. Nevertheless, the Chinese giant managed to mark the highest ever shipments during the second quarter. It is also reported that the top five brands, including Samsung, Xiaomi, Vivo, Oppo, and Huawei/ Honor captured 82 percent of the total smartphone market. Notably, last week, Canalys reported that Xiaomi and Samsung had a 30 percent share each of the Indian smartphone market. The latest Counterpoint report also notes feature phone market shipments for the same period.

The latest report by Counterpoint Report claims that the smartphone market in India returned to double-digit growth of 18 percent year-over-year after being flat in the first quarter. Among other vendors, Samsung gained significantly from 26.2 percent market share reported in the first quarter to 29 percent share in the second quarter. The company importantly had 24 percent share in the same quarter last year. This shows an year-over-year growth of five percent.

"Samsung has regained the leading position back after receding it to Xiaomi two quarters ago," said Karn Chauhan, Research Analyst, Counterpoint Research. "The success of Samsung during the quarter can be attributed to its refreshed J-Series as it launched the most number of models as compared to any brand across multiple price points during the quarter. These new launches brought some of the most popular and sought-after features like dual camera, infinity display, and facial unlock across different price segments for Samsung for the first time ever. Additionally, the strong offline distribution and aggressive marketing campaign around its J-Series helped the brand to gain not only market but also mindshare during the quarter."

It is reported that despite failing to retain its leadership, Xiaomi recorded its highest ever shipments in India during the second quarter. Counterpoint says the growth can be attributed to "its strong product and supply chain strategy which has allowed it to launch products with a longer shelf life than its competitors and that too in the important sub-Rs. 10,000 segment." The report added that Xiaomi's share in the offline segment also increased as it pivots to a multi-channel strategy in India.

The volume share of the top five players reportedly grew more than 80 percent. Counterpoint's Anshika Jain says that the growth of the top five players has pushed the local and smaller vendors to changed their strategy and cut down on SKUs. "Additionally, the increase in duties for handset components announced during the starting of the quarter, forcing smaller players to delay their product launches as they don't have necessary operations to save on the increased tariffs for certain components like populated printed circuit boards, mechanics, and others," adds Jain.

The Realme 1, which was launched in May, is claimed to have managed to capture 1 percent of the total smartphone market in the second quarter. Vivo V9, on the other hand, reportedly emerged as the most popular V-Series model ever.

Counterpoint reported that Apple had a slow quarter as it underwent changes in its distribution strategy. The report added that apart from the distribution revamp, the company's domestic assembling initiative has yet to pick up pace, making it rely on imports. Apple had a 1 percent market share in the quarter, its lowest in recent history.

The report added that Lava is the only local brand which registered positive annual growth during the quarter, thanks to its entry-level models including its first Android Go device - the Lava Z50. In the meanwhile, the Transsion Holdings brands, led by Itel, Tecno, Infinix, and Spice, continued to grow in the smartphone segment in India, the report added, with Tecno in particular growing 74 percent quarter over quarter.

As per Counterpoint, the top five best-selling smartphones in India during the quarter captured almost 29 percent of the total smartphone market. Three of the five top-selling smartphones were made by Xiaomi, namely, Redmi 5A (#1), Redmi Note 5 Pro (#2), and Xiaomi Redmi Note 5 (#4). Samsung’s Galaxy J6 was also present in the list, taking the third spot within a quarter of its launch, while the Vivo Y71 took the last spot in the top five. “OnePlus 6 was the best-selling model in premium segment making it the leader for the full quarter surpassing Samsung and Apple,” the report said, adding that other models that did well in the quarter were Realme 1, Honor 9 lite, Oppo F7, and Redmi 5.