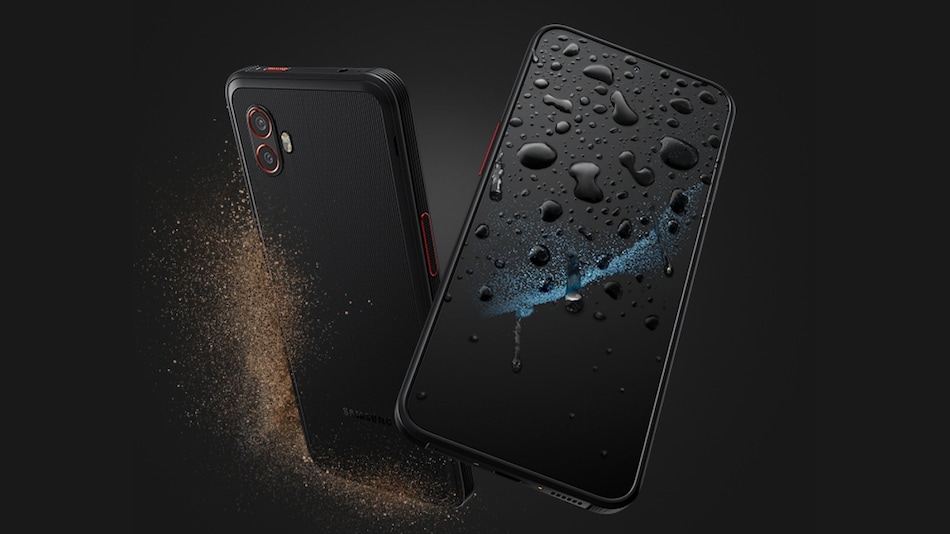 Samsung Galaxy XCover 6 Pro, the rumoured rugged smartphone from the South Korean brand, is reportedly making its way to the market soon. Ahead of the formal announcement, renders of the handset along with entire specifications, have been leaked by a tipster, leaving little to the imagination. The Samsung Galaxy XCover 6 Pro is said to feature a 6.6-inch full-HD+ display with up to 120Hz refresh rate and a dual rear camera unit, headlined by a 50-megapixel primary snapper. Also, the smartphone is tipped to pack a 4,050mAh battery. It is expected to come with 6GB of RAM and 128GB of internal storage.

Known tipster Evan Blass (@evleaks) tweeted the alleged official renders and full specification sheet of the upcoming Samsung Galaxy XCover 6 Pro. The leaked renders show the handset in black colour with the Samsung branding on the back. It is shown with a waterdrop-style notch display design with thick bezels. A dual rear camera unit along with an LED flash is arranged in the upper left corner of the device. The sensors are surrounded by red rings. Further, the volume rocker is seen on the left spine of the phone, while the power button is arranged on the right spine. The images shared by the tipster appear to be similar to the renders that surfaced online earlier this month.

As per the leak, the Samsung Galaxy XCover 6 Pro will run on Android 12 out of the box and features a 6.6-inch full-HD+ TFT touchscreen display with a variable refresh rate up to 120Hz and a 20:9 aspect ratio. The display is tipped to come with Corning Gorilla Glass Victus protection. It is expected to be powered by an octa-core 6nm processor, coupled with 6GB of RAM. This could be Qualcomm's Snapdragon 778G SoC.

The Samsung Galaxy XCover 6 Pro is said to feature a 50-megapixel primary sensor at the rear with autofocus and an f/1.8 lens along with an 8-megapixel ultra-wide sensor with an f/2.2 lens. For selfies, the phone could pack a 13-megapixel sensor on the front. Besides, the phone will pack 128GB of inbuilt storage that is expandable via a microSD card (up to 1TB).

Connectivity features on the handset are likely to include 5G, 4G LTE, NFC, Wi-Fi 802.11a/b/g/n/ac/ax, Bluetooth v5.2, USB Type-C, and a 3.5mm headphone jack. It is said to feature an accelerometer, geomagnetic sensor, gyrosensor, light sensor, barometer, and proximity sensor. The phone is tipped to feature a side-mounted fingerprint sensor for authentication. It will also offer the face unlock feature. The rugged phone is said to come with IP68-certified built and military-grade (MIL-STD-810H) durability.

The Samsung Galaxy XCover 6 Pro is expected to pack a 4,050mAh battery. Further, it could pack two microphones and is expected to offer Dolby Atmos support. The smartphone could measure 168x79.9x99mm and weigh 235 grams.