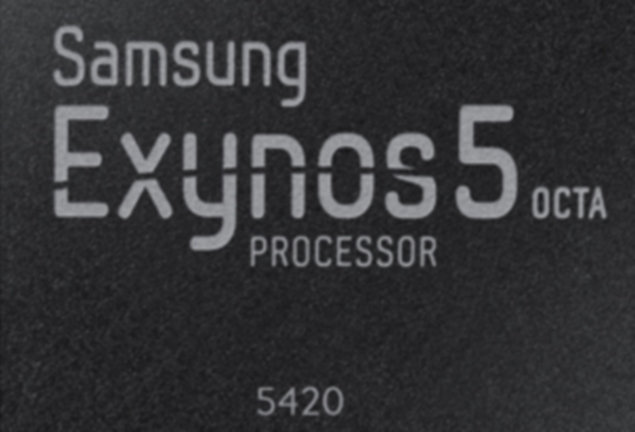 The latest iteration of the Exynos family is based on ARM Mali - T628 MP6 cores and boosts 3D graphic processing two times greater than the predecessors of Exynos 5 Octa processors.

The Exynos 5420 processor is powered by four ARM Cortex-A15 processors at 1.8GHz with four additional Cortex-A7 cores at 1.3 GHz in a big.LITTLE configuration.

Taehoon Kim, vice president of System LSI marketing, Samsung Electronics said in a press note, "Demand for richer graphic experiences is growing rapidly nowadays. In order to meet that demand from both OEMs and end users, we developed this processor which enables superb graphical performance without compromising power consumption."

Additionally, the new Exynos 5420 features multiple image compression (MIC) IP block inside the System-on-Chip that lowers the total system power when bringing pictures or multimedia from memory to display panel. This feature increases the battery usage time with a high-resolution display such as WQXGA (2500x1600) especially when browsing the web or running multimedia application that requires the frequent screen refresh. It also features a memory bandwidth of 14.9 gigabytes per second paired with a dual-channel LPDDR3 at 933MHz that enables fast data processing and support for full HD Wi-Fi display.

The press note further suggests that the new Exynos 5 Octa processor currently sampling to customers and is scheduled for mass-production in August.

There is no word about which upcoming devices will feature the new Exynos processor. But rumours suggest that the announcement of the new Exynos 5 Octa processor comes at a time when Samsung is preparing to unveil its next phone in the Note series, the Galaxy Note III.