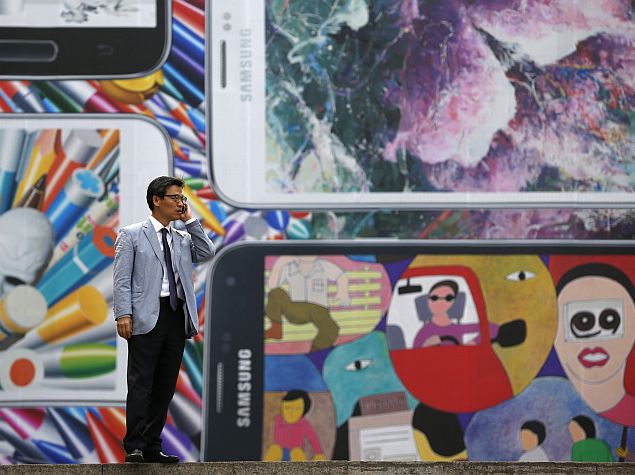 Samsung is reportedly testing the unannounced v4.4.3 version of Android on its Galaxy S5 and Galaxy S4 LTE variants, according to a leaked official document procured by a news website.

An alleged official document dated May 21 has been leaked, tipping that the Android 4.4.3 version with build number 'KTU70' is being tested on company's 2014 flagship Galaxy S5 (Review | Pictures), alongside the Galaxy S4's LTE variant.

Sammobile in a report claims that the South Korean giant is testing the yet-to-be-announced Android 4.4.3 version on Galaxy S5's Qualcomm and Exynos variants both. The report speculates that Google can announce the successor to Android 4.4.2 KitKat at its annual I/O developer event scheduled for June 25 to 26.

Notably, the alleged official Samsung document shows the ETA, which is estimated time of arrival, for the Android 4.4.3 update as not available.

In addition, the alleged Samsung document also suggests the timeline for Android 4.4.2 KitKat update for some of the Galaxy smartphones. As per the official leaked document, the Galaxy Grand 2, Galaxy Mega 5.8, and the Galaxy Mega 6.3 are undergoing final KitKat build testing and should receive the update in June.

The document also hints that the Galaxy Note 3 Neo might receive the Android 4.4 KitKat update by month end. Notably, mention of the Android 4.4.3 OS version was made by Samsung last week as well, with its @SamsungDeveloper handle tweeting out that certain issues occurring in devices running Android versions lower than v4.4.3 had a workaround, which was detailed on its developer page. Since then however, both the developer page and the tweet have been removed.

Recently, the company rolled out another update for the Galaxy S4 which added two features - Kids Mode and Knox 2.0 - which are both already available on the Galaxy S5. However, we are yet to hear about the Android KitKat release for the Galaxy Note 3.