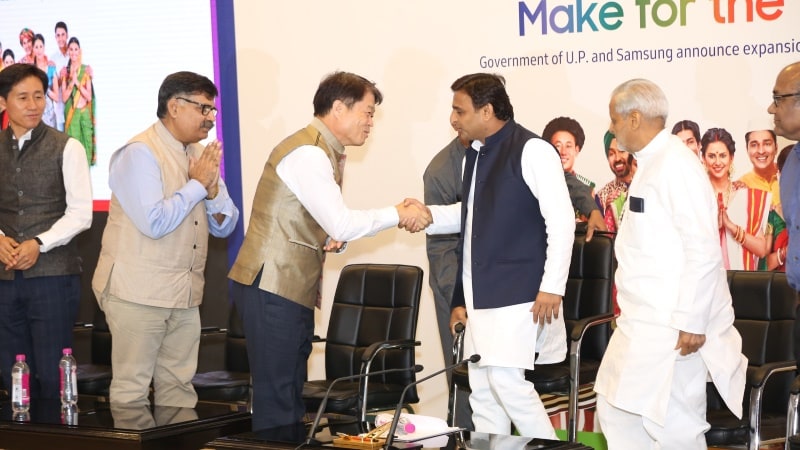 A memorandum of understanding (MoU) was signed on Monday between the state government and mobile phones major Samsung for setting up a manufacturing unit in Uttar Pradesh.

The MoU was signed in the presence of Chief Minister Akhilesh Yadav and senior Samsung officials. Under the agreement, Samsung would be investing Rs. 1,970 crores in the state.

A manufacturing plant would be set up in Noida and the company would also be making smartphones for the ambitious free Samajwadi Smartphone Scheme, announced by the Chief Minister. The scheme would be rolled out next year after the state assembly polls, if the Samajwadi Party (SP) returns to power.

Under the scheme, free smartphones will be given to bonafide residents of Uttar Pradesh - individuals over 18 years and having a minimum educational qualification of matriculation (having passed Class 10).

Thanking the Samsung management for deciding to make such a big investment in the state, the Chief Minister said the company had earned a name for itself across the world for its world class products. He added that production of refrigerators, televisions and mobile sets would come as a big boon for the people of the state.

Akhilesh Yadav further said that he was happy that Samsung had not only understood the wide market potential of the state but had also come forward to invest here as a result of the investor-friendly policies of the state government.