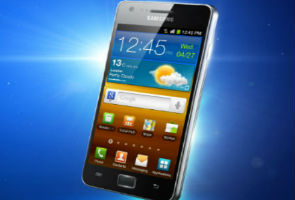 The new model, which is spearheading the company's smartphone push this year, was released locally on April 29, in some European countries in May and in Japan last month.

The handset went on sale in China this week and will hit the US market next month.

"Since being launched into the retail market in late April, the Galaxy S II has seen tremendous growth," JK Shin, head of Samsung's mobile communications business, said in a statement.

Samsung said earlier this year that it plans to release the phone, based on Google's Android operating system, in 120 countries and wants to sell 10 million units globally.

Samsung is one of the world's biggest smartphone sellers, along with Nokia and Apple.