Samsung Galaxy Tab S8 is already up for preorders in France. 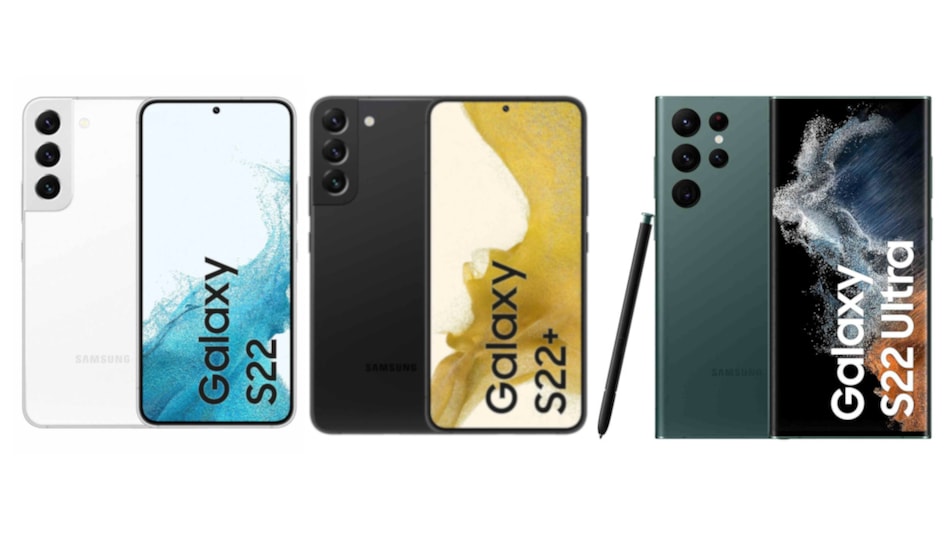 Images of the upcoming Samsung Galaxy S22, Galaxy S22+, and Galaxy S22 Ultra were leaked by noted tipster Evan Blass, and shared by GSMArena. The images appear to be taken from the official Samsung Italy website and include images of the smartphones as well as their dimensions and screen sizes. The leaked images also show the display specifications of all three handsets, along with the chipset, camera, and charging specifications.

Meanwhile, Samsung Galaxy Tab S8 has also been listed for pre-order on retail websites in France, as spotted by GSMArena, ahead of the launch of the tablet. Samsung Galaxy Tab S8 sports a 14.6-inch Super AMOLED display with 120Hz refresh rate. It is equipped with a Snapdragon 8 Gen 1 SoC, paired with up to 16GB RAM and 512GB of inbuilt storage and an 11,200mAh battery, and is priced at EUR 969 (roughly Rs. 81,800) for the base RAM and storage variant. Samsung is expected to launch the upcoming Galaxy S22 series alongside Galaxy Tab S8 at the Galaxy Unpacked event scheduled for February 9.