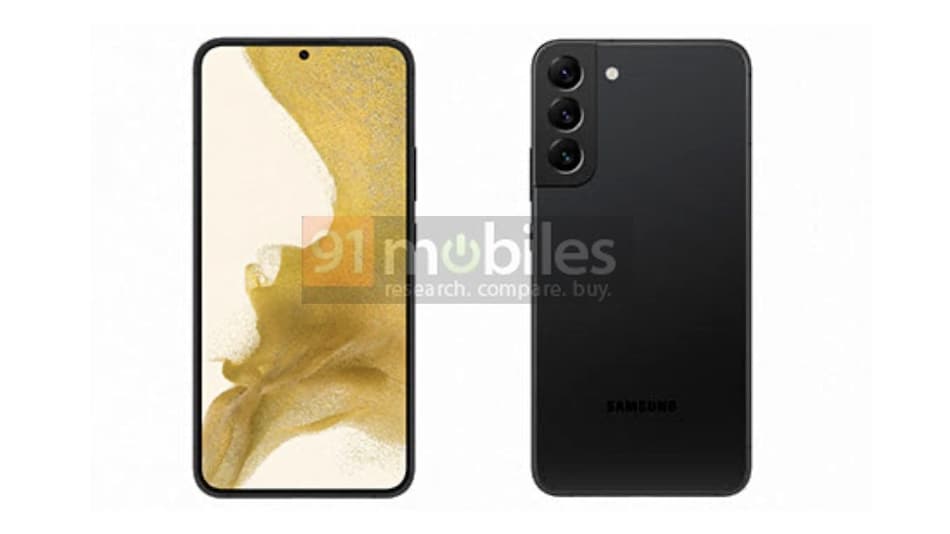 As per renowned tipster Max Jambor (@MaxJmb), Samsung Galaxy S22 series and Galaxy Tab S8 series will launch together. Apart from this, the tipster did not divulge any information regarding the launch of the two flagship series from Samsung.

Tipster Ishan Agarwal (@ishanagarwal24), in collaboration with 91Mobiles, has shared a few official-looking renders of Samsung Galaxy S22+. In addition, Agarwal has also shared some key specifications of the upcoming smartphone. As per the renders, Galaxy S22+ will have a flat display with a centrally-placed hole-punch cutout and thin bezels on all sides.

Samsung Galaxy S22+ renders show that the power button as well as the volume buttons are housed on the right spine with the SIM tray on the left. At the back, the smartphone has a similar design to its predecessor – Samsung Galaxy S21+ – with its triple rear camera setup housed in a rectangular module in the top left corner.

Talking about the specifications, Agarwal mentions Samsung Galaxy S22+ will launch with the Exynos 2200 SoC in the UK. Another report mentions that the entire Galaxy S22 series will launch with Exynos 2200 SoC in Europe. The 50-megapixel wide-angle camera on vanilla Galaxy S22 and Galaxy S22+ is said to feature an Adaptive Pixel technology that uses two modes to capture photos - 108-megapixel (remosiac mode) and 12-megapixel (nonabinning). The report mentions that the images will be captured in 12-bit.