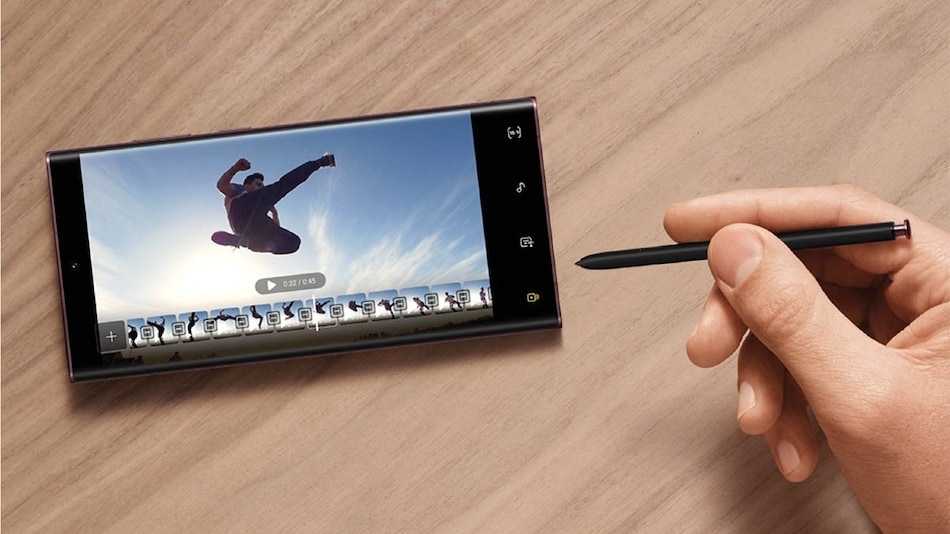 The second development comes a day after an alleged promo video and marketing images tipped the specifications and design of the Galaxy S22 series handsets. Interestingly, the latest marketing images leak of the Samsung Galaxy S22 Ultra has also been tweeted (via Evan Blass) by the same tipster, Dohyun Kim, who shared the promo video. The images suggest same specifications that have been leaked in the last few months.

The first set of images show that the Galaxy S22 Ultra will have a Galaxy Note-like design and S Pen. There is a Cherry coloured smartphone with a black coloured S Pen. The phone is tipped to capture 8K Super HDR videos, support 45W ultra-fast charging and pack a feature-laden S Pen, which can be used to undertake various functions like controlling a video playback.

The second set of photos show a Green coloured Galaxy S22 Ultra alongside a USB Type-C to USB Type-C charging cable. There is an image which suggests that the top-of-the-line smartphone will feature a 6.8-inch Dynamic AMOLED 2X display with up to 1,750 nits of peak brightness and a 120Hz adaptive refresh rate.