Samsung Galaxy S22 and Galaxy S22+ will have a different variable refresh rate than what was announced earlier. 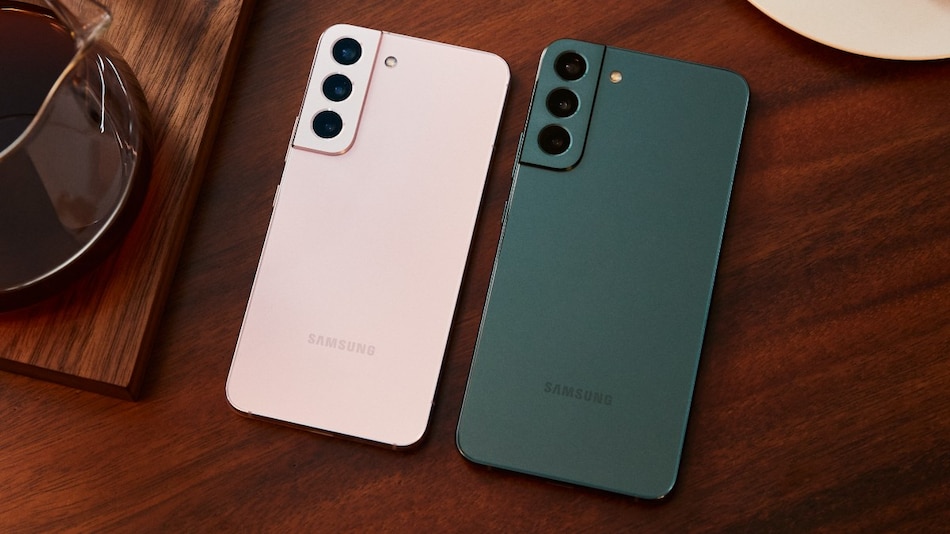 Samsung Galaxy S22, Galaxy S22+, and Galaxy S22 Ultra will launch in India with the Qualcomm Snapdragon 8 Gen 1 SoC, the South Korean company has confirmed after some initial speculation. The new Qualcomm processor was launched late last year. It is based on a 4nm process technology and is touted to deliver a four-time faster artificial intelligence (AI) performance than other chipsets. Separately, the Galaxy S22 and Galaxy S22+ are seen to have a variable refresh rate that can go down to 48Hz. This is in contrast with the original announcement where the company claimed to offer a refresh rate as low as 10Hz.

Thanks @Snapdragon_IN , #GalaxyS22 Series powered by the Snapdragon® 8 Gen 1 will surely set an epic standard of performance and Nightography.
Learn more https://t.co/VfIruytEyr https://t.co/R0VazioOZX

Samsung did not originally reveal the processor details of its Galaxy S22 series. It just talked about the 4nm process technology that is available on Snapdragon 8 Gen 1 as well as the company's in-house Exynos 2200.

However, Qualcomm, through a separate release following the launch, confirmed that the Samsung Galaxy S22 series will be available with the Snapdragon chip in various markets. The Exynos variant, on the other hand, is expected to be a part of the lineup coming to South Korea.

In the past, Samsung has faced criticism for not offering the Snapdragon versions of its flagship phones in India. The Snapdragon models have been available in markets including the US and Europe for some time now.

Some recent reports initially hinted at Snapdragon 8 Gen 1 SoC's presence on the Galaxy S22 series in India. The company has now corroborated those reports by confirming the chip on its new phones.

The exact launch date of the Galaxy S22 series in India is yet to be announced. Samsung, however, recently started accepting pre-reservations for the new models in the country.

Alongside the Snapdragon 8 Gen 1 SoC on the Galaxy S22 series in India, Samsung is found to have updated its official site to show that the Galaxy S22 and Galaxy S22+ will be available with a variable refresh rate of 48–120Hz.

The company mentioned 10–120Hz refresh rate on the Galaxy S22 and Galaxy S22+ models at the time of its original announcement last week.

Samsung has silently updated its marketing materials, including the infographic available on its site to show the 48–120Hz variable refresh rate on both Galaxy S22 and Galaxy S22+. The archived version of the same material shows that it was previously displaying 10–120Hz refresh rate.

Gadgets 360 has reached out to Samsung for a comment on the development. This report will be updated when the company responds.

The change in the refresh rate may result in more battery consumption.

It is important to note that last year's Samsung Galaxy S21 and Galaxy S21+ also included the same 48–120Hz variable refresh rate as the Galaxy S22 models. The last-generation versions, though, came with bigger batteries.