Samsung Galaxy S21 FE will come as a successor to the Galaxy S20 FE. 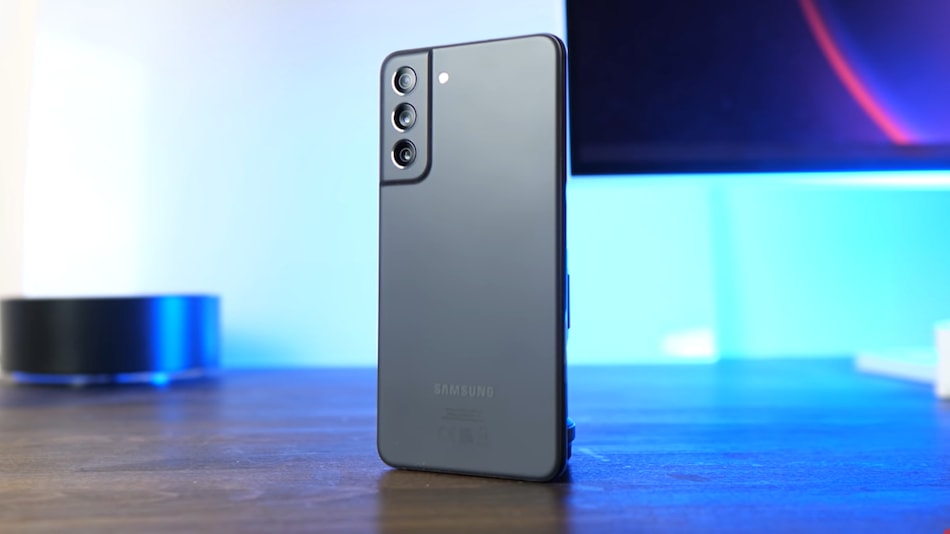 Samsung Galaxy S21 FE has surfaced online in premature unboxing videos ahead of its launch, giving us a glimpse at the design of the phone, its in-box contents, and showing some key specifications. Separately, the replacement kit for the upcoming Galaxy S21 FE's screen and frame has also surfaced online. The much-awaited handset from the South Korean tech giant is expected to be unveiled at the Consumer Electronics Show (CES) 2022. The exact date is yet to be officially confirmed by Samsung, but Galaxy S21 FE is tipped to launch early next year. The new Samsung Galaxy S21 FE will be a successor to the Galaxy S20 FE which was unveiled in September last year.

On YouTube, tech-oriented channel HDblog posted an unboxing video of the upcoming Samsung Galaxy S21 FE. It shows off the retail box of the flagship handset — a white rectangular box — which includes a USB Type-C cable, documentation, a SIM-ejector tool, and the handset itself.

The video shows that the Galaxy S21 FE will arrive in an eco-friendly box. As seen in the video, earphones or a wall charger are not included in the box. The unboxing video offers a detailed look at the phone from all angles and discusses the key specifications. The Galaxy S21 FE is said to feature a 6.4-inch full-HD+ display with 120Hz refresh rate. The black or graphite colour variant shown in the video is said to be powered by the Snapdragon 888 chipset. On the back, the handset is seen with a camera module with three sensors.

Another unboxing video of Galaxy S21 FE was spotted by a tipster who goes by the twitter handle of @chunvn8888. It also suggests that the package doesn't include a charging adapter. The handset is shown in an Olive Green-like shade in the video. The tipster claims that the upcoming Samsung phone runs on Android 12-based One UI 4.0. The Galaxy S21 FE shown in the video is said to be equipped with an Exynos 2100 SoC.