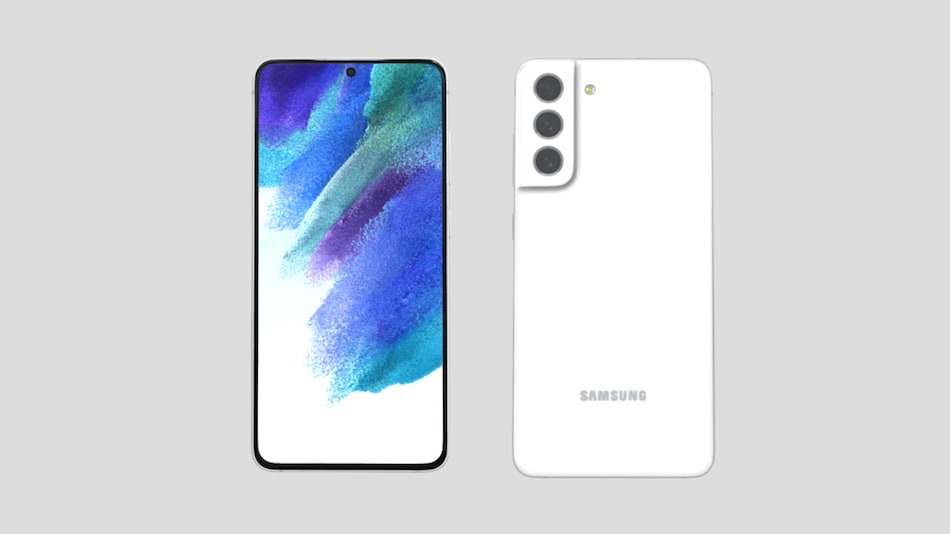 Samsung Galaxy S21 FE is expected to launch next month, as per a tipster. The tipster also mentions that the leak for the launch date comes from a Samsung representative. Another tipster has also tweeted that Samsung Galaxy S21 FE may launch soon, sharing photos of the branding at a retail store. The smartphone has also been allegedly spotted on Geekbench with an Exynos 2100 processor, the same processor found on Galaxy S21 series in India. Other key specifications of the smartphone have been teased multiple times earlier.

Tipster Mauri QHD tweeted that Samsung Galaxy S21 FE may launch on September 8, citing a source who learnt the information from a Samsung representative. It should be noted that Samsung hasn't officially confirmed a launch date. Another tipster Max Weinbach also tweeted an image with the smartphone's branding at what seems to be a Samsung retail store.

An alleged listing on Geekbench, first spotted by MySmartPrice, shows that the upcoming smartphone could get an Exynos-powered variant as the smartphone, listed as Samsung SM-G990E, is shown with an Exynos 2100 SoC with a peak clock speed of 2.91GHz. The smartphone may get 8GB of RAM and run Android 11. It scored 1,084 points in the single-core tests and 3,316 points in the multi-core tests.

Other specifications of the smartphone could include a 6.4-inch AMOLED display with 120Hz refresh rate. The smartphone may measure 155.7x74.5x7.9mm. Another report claims that Samsung Galaxy S21 FE may come in Blue, Grey, Green, Violet, and White colour options. A separate report suggests that it may pack a 4,500mAh battery.

The smartphone has also been spotted on the Google Play Console. The listing suggests that it may come with a Snapdragon 888 SoC, paired with 6GB RAM and Adreno 660 GPU. It is likely to feature a full-HD+ (1,080x2,009 pixels) resolution display.

A 360-degrees render leak shows that the upcoming smartphone shares the same camera module design as other Galaxy S21 series models. It is likely to incorporate a triple rear camera setup — as also seen on a hastily removed Instagram post. At the bottom, the smartphone is seen sporting a speaker grille, a SIM tray, and a USB Type-C port. The volume rockers and the power button are seen to be placed on the right edge. It may also get an in-display fingerprint scanner.