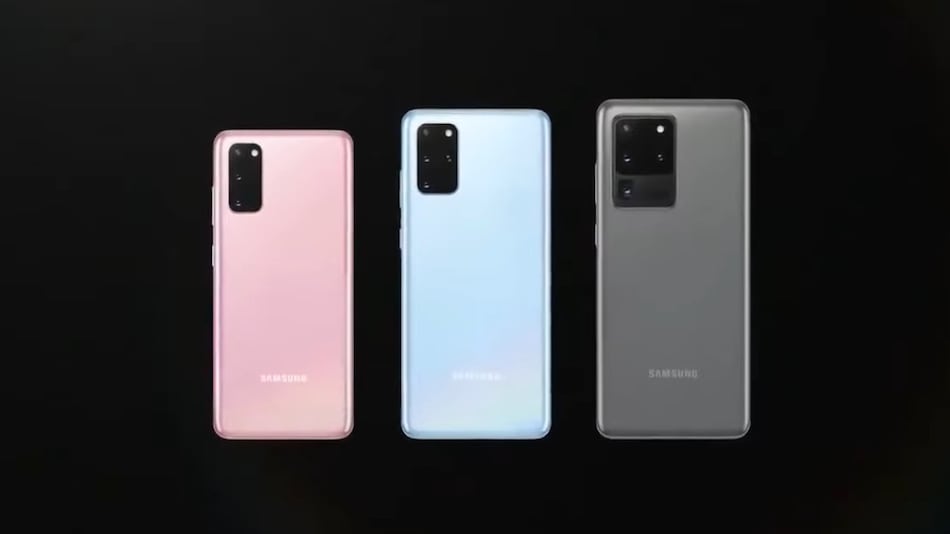 Samsung is apparently having a hard time containing leaks surrounding its upcoming products, especially the Galaxy S20 series. At this point, we know almost everything about the Galaxy S20 series phones, their design, internal pricing, hardware, and even the pricing. Now, merely a few hours before the Galaxy Unpacked event kicks off in San Francisco, the official Samsung Galaxy S20 series presentation video intended to be played at the launch event has allegedly been leaked, and from the looks of it, the video appears to be the real deal.

The video, which is claimed to be the official Galaxy S20 series trailer, comes courtesy of DroidHolic. The video shows the Galaxy S20 and its triple rear camera setup, alongside the Galaxy S20+ and Galaxy S20 Ultra duo with their quad rear camera setup. Talking about the Galaxy S20, it is tipped to pack a 6.2-inch WQHD+ (1440 x 3200 pixels) Super AMOLED display. It will draw power from the Qualcomm Snapdragon 865 SoC paired with 12GB of RAM and 128GB of storage.

As for the Galaxy S20+, it will pack a larger 6.7-inch WQHD+ (1440 x 3200 pixels) Super AMOLED display. Its camera hardware includes a 12-megapixel main camera, a 64-megapixel telephoto lens, a 12-megapixel ultra-wide angle snapper, and a ToF camera. Selfies on the Galaxy S20 and S20+ will be handled by a 10-megapixel camera.

Coming to the Galaxy S20 Ultra, its internal hardware is claimed to include a 6.9-inch WQHD+ (1440 x 32000 pixels) Super AMOLED display, Qualcomm Snapdragon 865 SoC, up to 16GB of RAM, and 512GB of internal storage. The camera hardware of the Galaxy S20 Ultra includes a 108-megapixel main snapper, assisted by a 48-megapixel telephoto camera, a 12-megapixel ultra-wide angle camera and a ToF lens, while the front hosts a 40-megapixel selfie camera.