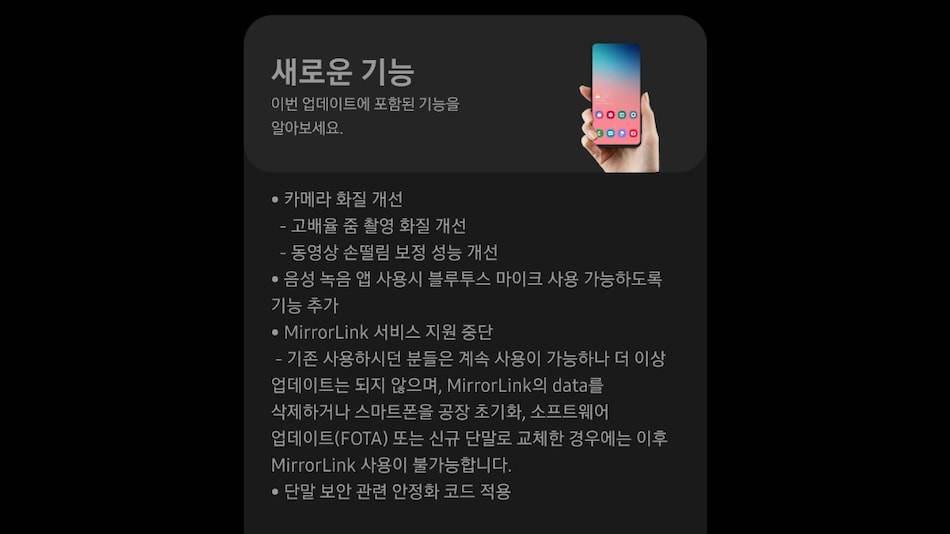 A Korean user on Twitter has shared a screenshot of receiving a new update on the Samsung Galaxy S20. The firmware version of the update in G98xNKSU1ATFD and the update size is about 386.35MB. While the rollout is currently only in South Korea, it should expand to other countries soon. Those in the region can check for the update manually in Settings > Software Update > Download and Install, if they haven't received a notification yet.

As mentioned, the Samsung Galaxy S20 series update comes with the latest July 2020 Android security patch. It brings along camera tweaks like better magnification shots (zoom shots) and improved video stabilisation. Furthermore, the Samsung Galaxy S20 series update adds the ability to use Bluetooth microphones when recording audio through the voice recording app. The update also mentions end of support for MirrorLink. The feature enabled car and smartphone connectivity for compatible vehicles, but a few months ago, the company announced that it would end support from June 1. The update officially announces the end of support for the Galaxy S20 series.