Samsung Galaxy S20+ and Galaxy S20 Ultra rumoured to have a ToF sensor. 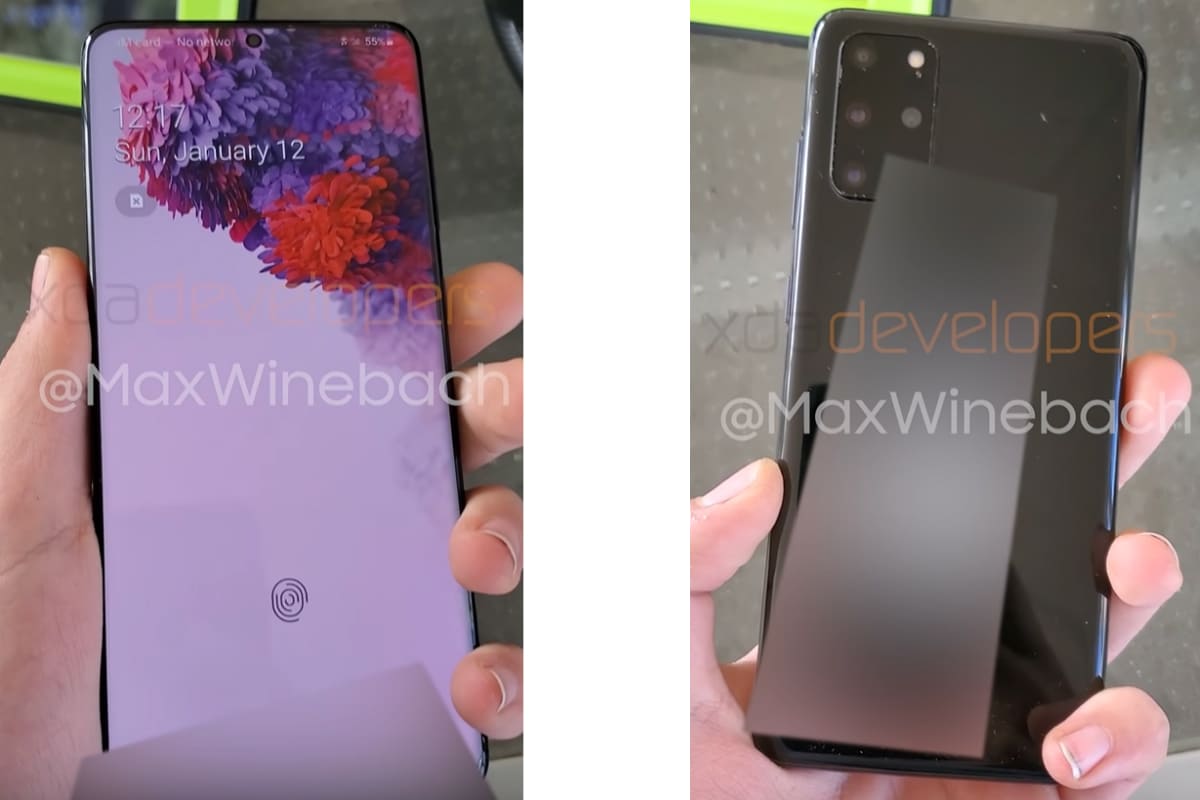 Samsung Galaxy S20 series is still a few days away. But ahead of its official launch, camera specifications of all the Galaxy S20 models have surfaced online. The family is speculated to have the Samsung Galaxy S20, Galaxy S20+, and Galaxy S20 Ultra in which the latter two models are rumoured to have quad rear camera systems, whereas the former model would have a triple rear camera setup. All the Galaxy S20 models in the new family are also said to have a 10-megapixel selfie camera. Separately, a report from South Korea suggests that the top-of-the-line, Galaxy S20 Ultra would have 5x optical zoom. This corroborates initial reports but is contrary to a section of recent rumours that indicated 10x optical zoom.

A tipster who goes by a pseudonym "Ice Universe" on social media has leaked the camera details of the Samsung Galaxy S20 family on Weibo, as reported by SumahoInfo. The tipster claims that the Samsung Galaxy S20 Ultra will include a 108-megapixel S5KHM1 primary camera sensor. This seems like a custom version of the company's existing 108-megapixel sensor that has been featured on the Mi Note 10.

In addition to the 108-megapixel sensor, the Galaxy S20 Ultra is said to have 44-megapixel S5KGH1 sensor with an ultra-wide-angle lens and a 44-megapixel ISOCELL Slim sensor along with a Tetra cell filter and a pixel size of 0.7 microns. There is also a 48-megapixel Sony IMX586 sensor with a telephoto lens and a pixel size of 0.8 microns. Further, the phone is said to have a Sony IMX518 that works as a time-of-flight (ToF) sensor.

The tipster has also mentioned the camera specifications of the Samsung Galaxy S20+ that match the earlier rumours and highlight a 12-megapixel Sony IMX555 primary sensor with a 1.8-micron pixel size, S5KGW2 sensor along with a telephoto lens, and a 12-megapixel S5K2LA sensor. There is also a Sony IMX516 sensor that would be the ToF sensor.

Just like the Galaxy S20+, the Samsung Galaxy S20 is said to have the same IMX555 primary sensor, S5KGW2 sensor along with a telephoto lens, and a 12-megapixel S5K2LA sensor. It, however, lacks the ToF sensor.

Aside from the camera details leaked from China, a report from South Korean publication The Elect says that Samsung is sourcing the prism for the Galaxy S20 Ultra from Optrontec and Actro. It is said that the prism has an equivalent of 5x optical magnification. This refutes the recent rumours claiming 10x optical zoom support.

We need to wait until February 11 to see what Samsung exactly have to attract customers this year. Meanwhile, you can expect some more rumours surrounding the Galaxy S20 series to emerge ahead of their launch next month.