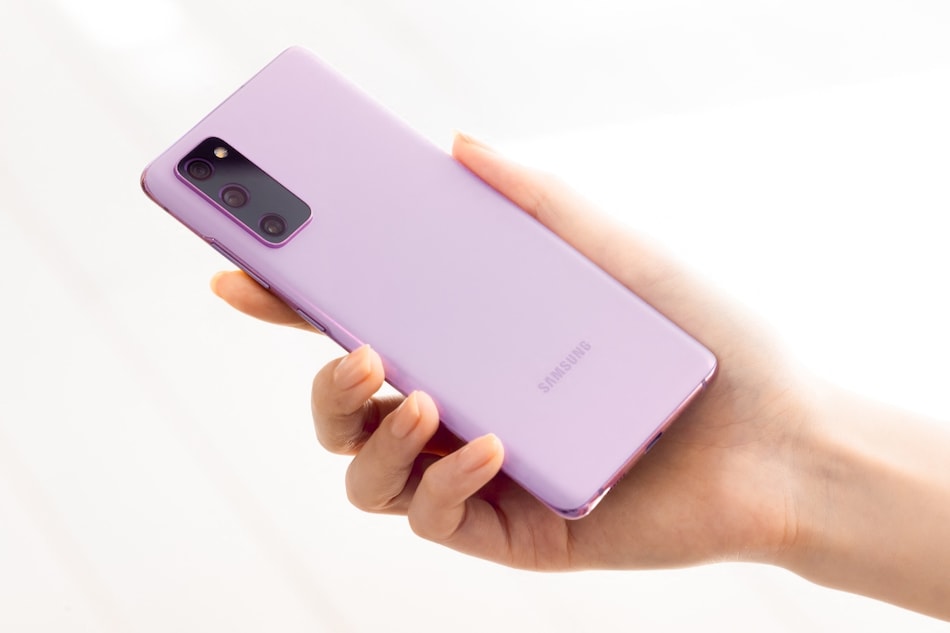 Samsung Galaxy S20 FE price in India has been set at Rs. 49,999 for the single, 8GB + 128GB storage variant that has 4G support. The phone comes in five colour options, namely Cloud Red, Cloud Lavender, Cloud Mint, Cloud Navy and Cloud White. The pre-orders for the phone kick off October 9. Moreover, it will go on sale through Amazon, Samsung India online store, and select offline retailers starting October 16, as per a banner on Amazon India app.

Pre-booking offers on the Samsung Galaxy S20 FE include benefits worth Rs. 8,000.

The Samsung Galaxy S20 FE was unveiled globally last month in 4G and 5G options as well as three distinct configurations — 6GB RAM + 128GB, 8GB + 128GB, and 8GB + 256GB — that are available in a total of six colour shades including the Cloud Orange that hasn't launched in India. The 5G variant of the Galaxy S20 FE in the global markets carries a starting price of $699 (roughly Rs. 51,100).

The Samsung Galaxy S20 FE runs on One UI 2.0, based on Android 10. The phone features a 6.5-inch full-HD+ (1,080x2,400 pixels) Super AMOLED Infinity-O Display with a 20:9 aspect ratio and 120Hz refresh rate. The display is also protected by a Corning Gorilla Glass 3 panel. Under the hood, the Samsung Galaxy S20 FE has an octa-core Exynos 990 SoC, paired with 8GB of RAM. The global variant of the phone, however, comes with a Qualcomm Snapdragon 865 SoC.

For photos and videos, the Samsung Galaxy S20 FE flaunts the triple rear camera setup that carries a 12-megapixel primary sensor with an f/1.8 wide-angle lens and optical image stabilisation (OIS) support. The camera setup also includes a 12-megapixel secondary sensor with an ultra-wide-angle f/2.2 lens — enabling a 123-degree field-of-view (FoV) — as well as an 8-megapixel telephoto shooter. In terms of capturing selfies and enabling video chats, the Samsung Galaxy S20 FE carries a 32-megapixel camera sensor at the front, with an f/2.0 lens that comes with autofocus support.

The Samsung Galaxy S20 FE comes with 128GB of onboard storage that is expandable via microSD card (up to 1TB). Connectivity options include 4G VoLTE, Wi-Fi, Bluetooth v5.0, GPS/ A-GPS, NFC, and a USB Type-C port. The phone comes with stereo speakers that are optimised by Samsung's brand AKG.

Sensors on the Galaxy S20 FE include accelerometer, ambient light sensor, gyroscope, hall sensor, and a proximity sensor. You will also get an in-display fingerprint sensor.

The Samsung Galaxy S20 FE comes in an IP68-rated build and packs a 4,500mAh battery, with support for 15W fast charging and wireless charging. There is also Samsung's Wireless PowerShare that transforms the phone into a wireless charger and lets you charge your wireless charging-supported devices. Lastly, the phone measures 159.8x74.5x8.4mm and weighs 190 grams.