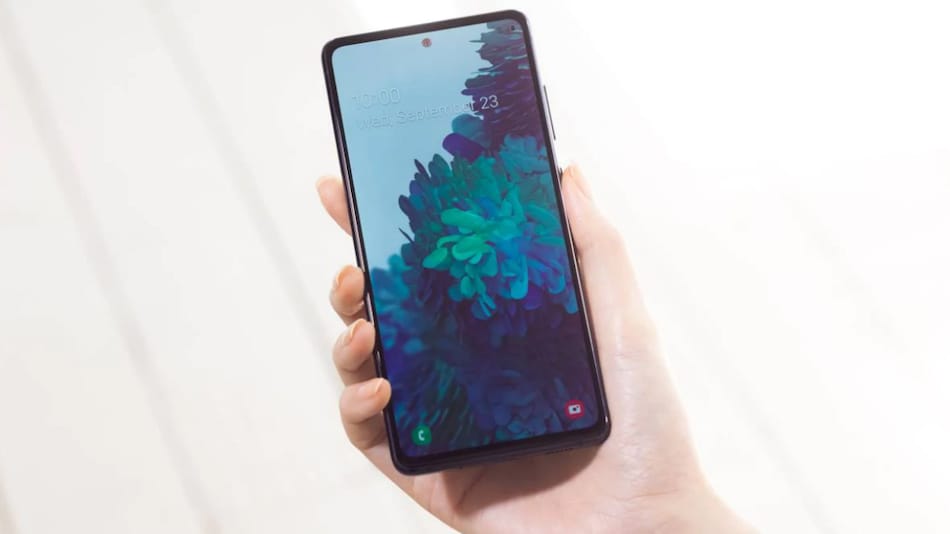 Samsung Galaxy S20 FE price in India has been leaked online just ahead of its official launch. Amazon has also revealed that the Galaxy S20 FE will go on sale in the country starting October 16. The new Samsung phone, which is a toned-down variant of the Galaxy S20, was unveiled last month. It comes with triple rear cameras and features a hole-punch display design. The Galaxy S20 FE comes in a variety of colour options.

Samsung Galaxy S20 FE price in India will be set at Rs. 49,999, according to a report by 91Mobiles. This is slightly cheaper than the $699 (roughly Rs. 51,100) starting price of its 5G model in the global markets. However, instead of bringing the 5G model, Samsung is launching the 4G option of the Galaxy S20 FE in the country and in just a single, 8GB + 128GB storage variant. This is unlike the global model that debuted in the 6GB + 128GB, 8GB + 128GB, and 8GB + 256GB configurations. In terms of colours, the Galaxy S20 FE will be available for purchase in India in Cloud Red, Cloud Lavender, Cloud Mint, Cloud Navy and Cloud White.

In addition to its pricing, the Samsung Galaxy S20 FE availability details have been revealed by Amazon through a dedicated banner featured on its mobile site and app. The banner says that the phone will go on sale in India from October 16. Alongside Amazon, the Galaxy S20 FE is likely to be available for purchase through several offline retailers in the country.

The official launch of the Samsung Galaxy S20 FE is scheduled for today. Thus, we'll get all the details about its pricing and availability shortly.

The Samsung Galaxy S20 FE runs on Android 10 with One UI 2.0 on top and features a 6.5-inch full-HD+ (1,080x2,400 pixels) Super AMOLED Infinity-O Display with 20:9 aspect ratio and 120Hz refresh rate. The phone is powered by an octa-core Exynos 990 SoC, coupled with 8GB of RAM. It also comes with 128GB of onboard storage. Further, there is the triple rear camera setup that includes a 12-megapixel primary sensor with an f/1.8 wide-angle lens and optical image stabilisation (OIS) support, 12-megapixel secondary sensor with an ultra-wide-angle f/2.2 lens that has a 123-degree field-of-view (FoV), and an 8-megapixel telephoto shooter. There is also a 32-megapixel selfie camera sensor at the front.

Samsung has provided a 4,500mAh battery on the Galaxy S20 FE that supports 15W fast charging and wireless charging. The phone also comes with the ability to offer wireless charging on other devices through the built-in Wireless PowerShare technology.