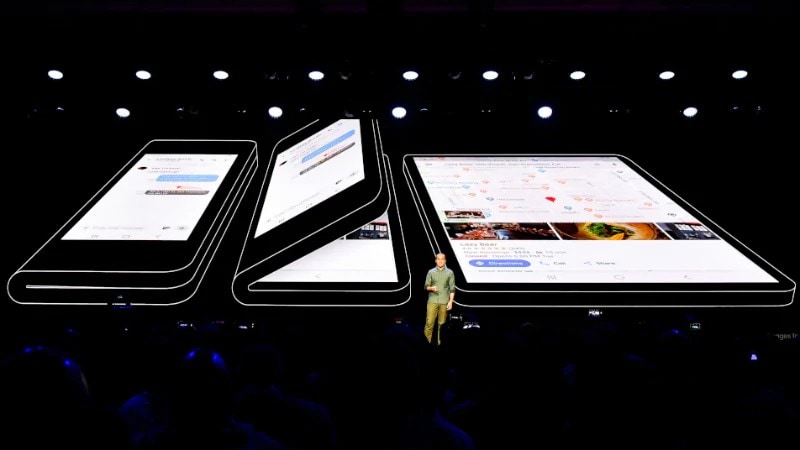 Samsung is expected to launch the company's highly anticipated foldable smartphone at the Galaxy Unpacked event on February 20 in San Francisco, alongside the Galaxy S10 flagship. Ahead of its official announcement, Samsung's upcoming foldable smartphone has allegedly received certification from China's Ministry of Industry and Information Technology (CMIIT), suggesting that China will be among the markets where the smartphone will be made available. However, the listing on CMIIT's database does not reveal any details about the foldable smartphone's hardware specifications or features.

The alleged CMIIT listing of Samsung's foldable smartphone carrying the model number SM-F900 was spotted by Nashville Chatter. The SM-F900 model number first surfaced back in November last year when Samsung reportedly kicked off the firmware testing procedure for the smartphone. Another report which surfaced in the same month revealed that the foldable smartphone will feature dual-SIM functionality and will come equipped with 512GB of inbuilt storage and a silver paint job.

Samsung has already begun teasing the launch of the foldable smartphone, after reportedly showing a prototype to customers in a closed-door meeting at CES 2019 earlier this month. Not much is known about the upcoming smartphone aside from rumours which claim that it will come equipped with a main 7.3-inch display in the unfolded state.

In the camera department, the upcoming foldable smartphone might sport a triple camera module, however, there are no details about the megapixel count of the sensors. The upcoming smartphone, which might be called Galaxy F or Galaxy Flex, has been developed based on the Infinity Flex Display form factor that will include a ‘cover display' which lights up when the internal flexible display is folded in half. In term of functionality, all the apps visible on the cover display will instantly open on the larger flexible panel when the smartphone is unfolded. The cover display will reportedly have a resolution of 840x1960, while the larger foldable panel will have a resolution of 1536x1960 pixels.