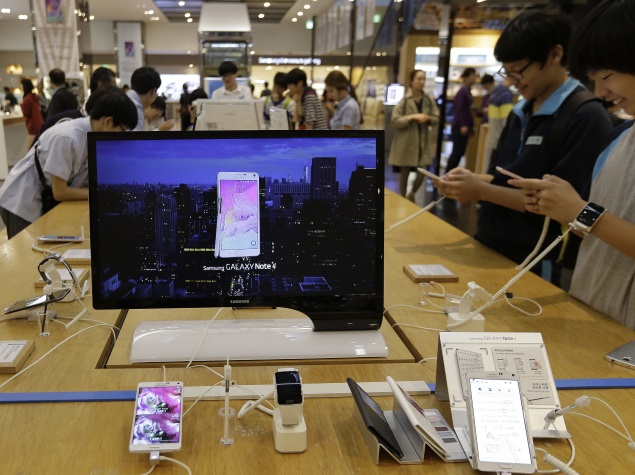 Samsung Electronics Co Ltd saw its July-September quarterly profit fall to the lowest level in more than three years, as a decline in earnings from its smartphone business set the South Korean giant on track for its worst year since 2011.

The global smartphone leader has lost market share in annual terms for the past two quarters, lagging behind Apple Inc in the premium market and overtaken by rivals like Lenovo Group Ltd and Xiaomi Inc at the bottom end.

Samsung on Thursday said its third-quarter operating profit fell by an annual 60.1 percent to 4.1 trillion won ($3.90 billion), matching its guidance issued earlier this month and marking the weakest result since the second quarter of 2011.

Looking ahead to the fourth quarter, Samsung said it "cautiously expects an earnings increase, driven by strong seasonal demand for TVs and continued growth momentum for the memory business".

However it said the mobile division's outlook remained uncertain.

Analysts expect Samsung to record its weakest annual operating profit in three years despite the launch of new gadgets like the Galaxy Note 4 phablet.

A mean forecast from a Thomson Reuters I/B/E/S survey of 41 analysts tips 2014 profit at 26.4 trillion won, down from last year's record 36.8 trillion won.

Profit for the mobile division fell to 1.75 trillion won in the third quarter from 6.70 trillion won a year ago, its worst performance since the second quarter of 2011.

Samsung spent most of the quarter without launching a new flagship device and continued to struggle in the mid-to-low tier markets.

While the Galaxy Note 4 launch in September and the expected release of new products in the low end of the market during the October-December quarter are seen lifting smartphone sales slightly, analysts say the days of record mobile profits for Samsung are over.

The firm will likely have to sacrifice margins to ensure it does not lose more market share. Cheaper phones are also expected to drive global smartphone market growth in coming years, meaning a general trend of lower average selling prices.

Samsung's chips division offered support, recording a 2.26 trillion operating profit for the July-September quarter to mark the highest earnings since the third quarter of 2010.