Samsung reportedly unsure about when and where to launch Galaxy S5 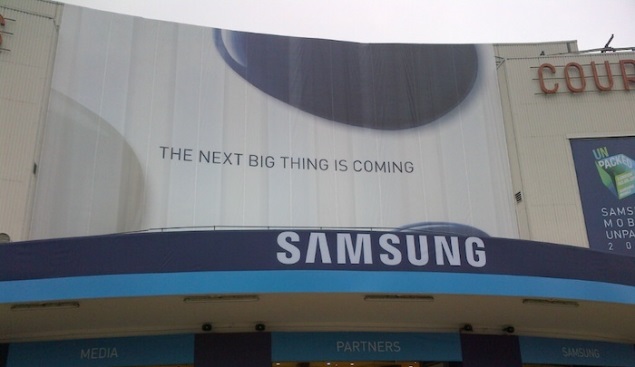 The Samsung Galaxy S5 has no doubt become one of the most eagerly-anticipated smartphones of the year, as leaks related to the device just keep coming in.

Now, a new leak emphasises Samsung's conundrum regarding the Galaxy S5's announcement place and date. The leak comes from Mobile Review's Eldar Murtazin, who was the first to claim that Microsoft is paying Samsung, Sony and others to make a Windows Phone device.

Murtazin's tweet reads, "Samsung isn't sure about place/date of sgs5 announce after yesterday leak :))) they think about London again, info will be in a few days :)."

Notably, Murtazin recently claimed that the South Korean company has plans to launch the much-anticipated Samsung Galaxy S5 at an event in Barcelona on February 23, ahead of MWC 2014. Murtazin had also claimed that the alleged Galaxy S5 would be available by the end of April and suggested that a new TouchWiz UI has been in tow.

The tweet did not reveal any details about the innards of the expected Galaxy S5 but suggested that the specifications are 'known', pointing out to the previous reports.

However, contradicting the February 23 launch, a Samsung executive had earlier reportedly confirmed that there would be no flagship smartphone unveiling at the MWC. Further, the unnamed executive also claimed that the alleged Galaxy S5 could be expected to be launched in March at a New York event.

Rumoured specifications of the Galaxy S5 include a 2K 5-inch or 5.2-inch Super AMOLED display, boasting of a resolution of 1440x2560 pixels (QHD); a 2900mAh battery, and an eye-scanning sensor. Further, the alleged device is said to sport a 20-megapixel rear camera with 4K video record support, an Exynos 6 (believed to be the successor of the Exynos 5 octa-core chipsets) or Snapdragon 805 processors and Android 4.4 KitKat.The alleged  Samsung Galaxy S5 is also widely expected to come with a fingerprint scanner.

Nokia expected to showcase six handsets at MWC 2014 event on February 24
Merging iOS and OS X is a 'waste of energy': Apple's Schiller