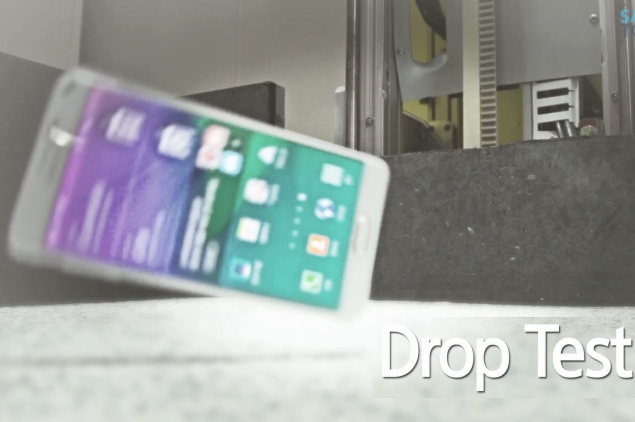 After sharing a video of the bend test for Samsung Galaxy Note 4 last week, the company has now published a video of the smartphone surviving a drop test on Tuesday.

In the video, the company repeatedly dropped the Galaxy Note 4 from a height consistent with the phone falling out the pocket of a standing person. The video also showcases a tumble test between the Galaxy Note 4 and a soft drink can, where the phablet smartphone emerges a winner in a working condition and the can gets damaged quite a bit.

"Samsung makes and sells hundreds of millions of smart devices every year, and part of its efforts to make sure consumers can have peace of mind using it, Samsung runs rigorous tests both during and after development and production," said company on Samsung Tomorrow.(Also see: Samsung Galaxy Note 4 to Launch in the US on October 17)Previously, the company made the Galaxy Note 4 pass a bend test, teasing Apple for its iPhone 6 Plus bendgate issue that went viral on the Web.

Not everything has been ideal for Samsung however, as some Galaxy Note 4 buyers in South Korea had complained about a manufacturing defect in the handset - a gap between the phone's screen and the metal casing. The South Korean giant had said the gap in the Galaxy Note 4 is a part of its design and is not a defect.
Comments