The Samsung Pro Plus microSD cards offer read and write speeds of up to 160MBps and 120MBps, respectively. 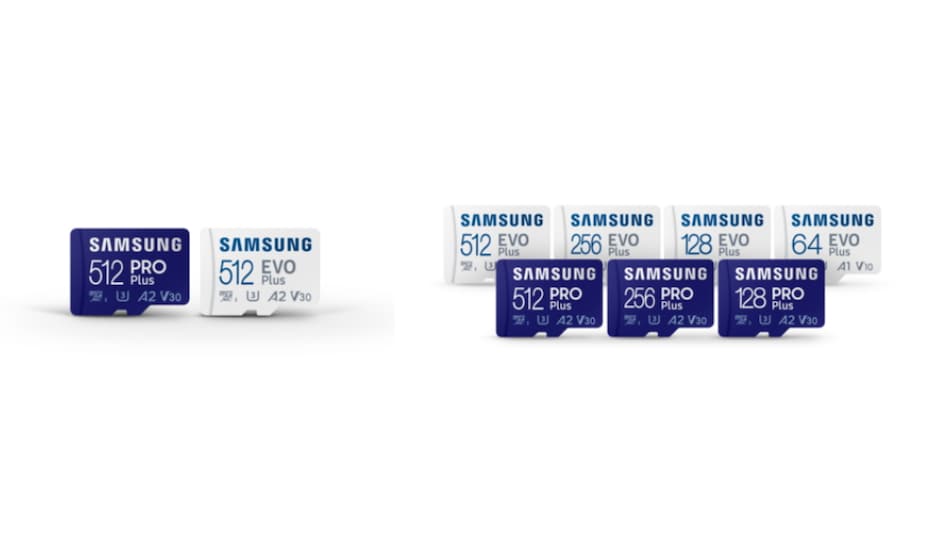 The South Korean giant says two new microSD cards are meant to capture high-quality photos, 4K Ultra HD (UHD) video, and other content on smartphones, action cameras, and drones. The Samsung Pro Plus microSD cards will be available in 128GB, 256GB and 512GB capacities. On the other hand, the Samsung Evo Plus microSD card will be available in 64GB, 128GB, 256GB and 512GB capacities. Both the microSDs come with a reimagined Blue Wave design and have already hit markets.

The new microSD card lineup offers Samsung's six-proof protection, two more layers of protection than the previous generation, making them able to withstand water, extreme temperatures, x-ray, wear out, drops, and magnetic impact. While the Evo Plus microSD cards is said to offer transfer speeds of up to 130MBps, the Samsung Pro Plus microSD cards offer read and write speeds of up to 160MBps and 120MBps, respectively. Both are touted to offer a 10-year limited warranty.

“Professionals and consumers of all kinds want memory cards that make it easy to save and retrieve data while also knowing that their valuable images and video files are protected,” said KyuYoung Lee, vice president of the Brand Product Biz Team at Samsung Electronics. “Samsung's new suite of microSD cards offer the features and capabilities consumers and professionals need: faster speeds along with increased reliability and durability to deliver the ultra-high performance every user wants.”