Reports suggest that DeX wireless feature is fraught with lags when connected to a TV. 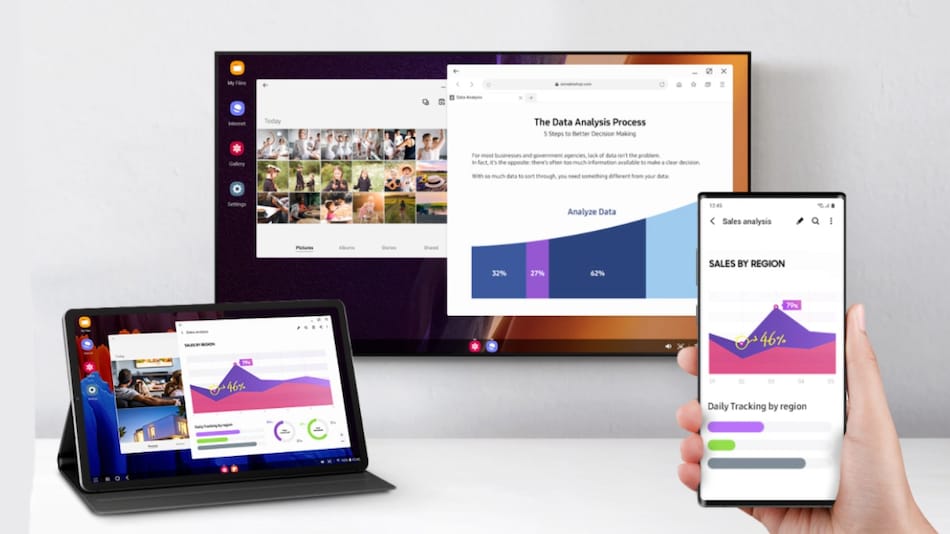 As per a screenshot shared on Reddit, first spotted by XDA Developers, the changelog of the One UI 3.1 update on an unlocked Galaxy S20 Ultra mentions that users can now “cast DeX wirelessly to a compatible TV or PC, or connect your phone with a cable to a monitor, TV, or PC.” This suggests that other Samsung flagship handsets like Galaxy Note 10 series that have got One UI 3.1 update should also have the latest feature.

While this may sound great, a report by Android Police says that the wireless output on a TV is laggy and glitchy, and that a cabled connection is still the best way to get the maximum out of this feature. Furthermore, the experience will be limited to 1080p in the wireless mode.

If you have got One UI 3.1 update on your smartphone, and wish to use the wireless connectivity feature, you should first update to the latest version of the DeX client on your PC. Once done, press the DeX shortcut in quick settings on your phone and choose DeX on PC. Find the desired device from the list, connect and you are good to go.

It is worth mentioning that in order to use the feature, the smartphone and the output device (such as TV or PC) should be connected to the same wireless network. DeX is Samsung's desktop-mode software that allows users to turn their flagship smartphones and tablets into a portable PC for greater productivity.