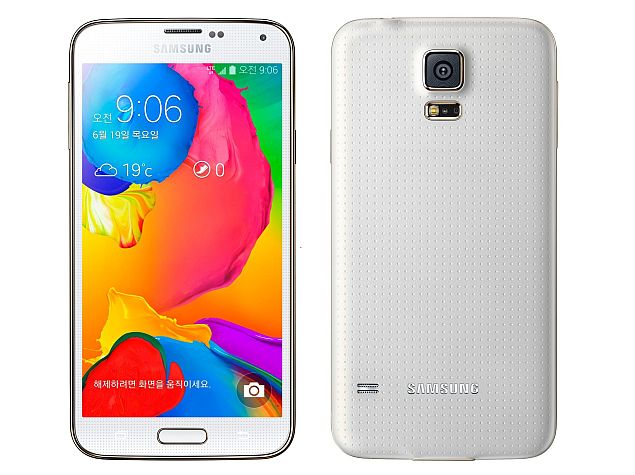 After introducing the LTE-A variant of the Galaxy S5 flagship for South Korea on Wednesday, Samsung has confirmed the Galaxy S5 LTE-A to be a Korea-specific device. The device would be exclusive to SK Telecom.

The news comes from Samsung's global press website, that states "The Galaxy S5 Broadband LTE-A will be offered in Korea beginning this summer in Charcoal Black, Shimmer White, Electric Blue, Copper Gold, Sweet Pink, and Glam Red (Only for SKT)"

While the wording of the above statement may be slightly ambiguous, a Samsung spokesperson also confirmed the news to Android Central, stating, "Samsung launches the Galaxy S5 Broadband LTE-A in Korea at the end of June 2014. At this moment, there is no specific plan to provide the product to the global market."

Priced at SKW 940,500 (translating to roughly Rs. 55,350), the Samsung Galaxy S5 LTE-A unlike the Galaxy S5 (Review | Pictures) features a 5.1-inch QHD (1440x2560 pixels) Super AMOLED display with a pixel density of 577ppi (a pixel density higher than the LG G3's display). With the launch, the Galaxy S5 LTE-A has become the first smartphone in Samsung's lineup to sport a QHD display. The new smartphone supports Korea's LTE-A band and features download speeds up to 225Mbps.

In addition, the Galaxy S5 LTE-A comes with Qualcomm's latest chipset, a quad-core Snapdragon 805 SoC clocked at 2.5GHz and coupled with 3GB of RAM. The smartphone comes with 32GB inbuilt storage, which is further expandable up to 128GB via microSD card.

Rest of the specifications of the Galaxy S5 LTE-A remain identical to the original Galaxy S5, which include a 16-megapixel rear camera; a 2-megapixel front camera, and 2800mAh battery. It also runs Android 4.4 KitKat out-of-the-box with the company's TouchWiz UI skinned on top.

The Samsung Galaxy S5 LTE-A has other features from the 2014 flagship, such as fingerprint and heart rate sensors; as well as NFC, USB 3.0 and IR connectivity. The smartphone is again dust and water-resistant, with IP67 certification. The Galaxy S5 LTE-A also comes preloaded with features such as Ultra Power Saving Mode, Kids Mode, S Health, and Private Mode.