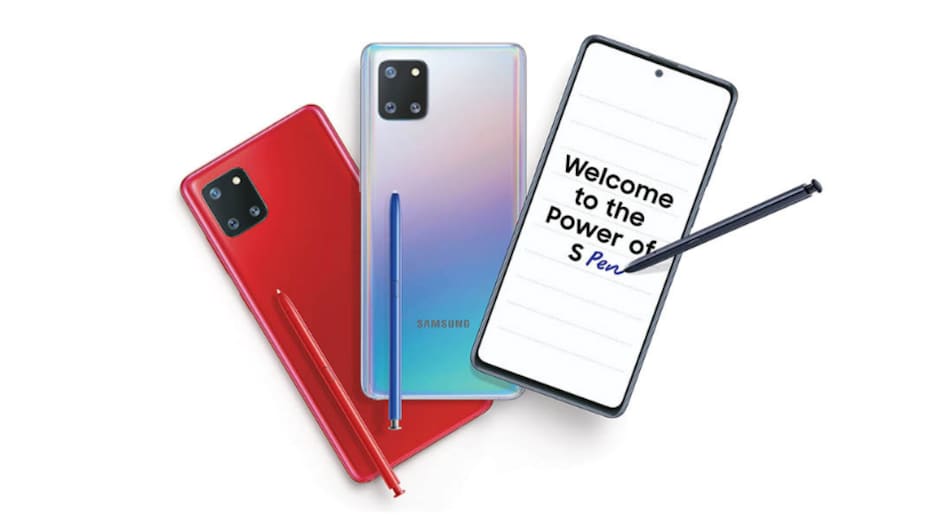 Samsung Galaxy Note 10 Lite was launched in January, alongside the Galaxy S10 Lite

As per the official changelog shared by Samsung, in addition to camera and fingerprint sensor improvements, the new update brings battery charging algorithm and stability improvements, touch panel performance enhancements, and improvements in the overall stability of functions. Additionally, the February Android Security Patch has also been added to improve the security of the phone.

SamMobile was first to spot the Galaxy Note 10 Lite update. The new update, according to SamMobile, is only available in India and Russia right now, but it should soon make its way to other markets as well.

Like always, the software update is available to Galaxy Note 10 Lite users over-the-air and it will automatically reach all units. You can head over to Settings > About phone > Software update to manually look for it. The latest update is 295.18MB in size.

A similar update was announced on the Samsung S10 Lite earlier this week, which brought the February 2020 security patch to the device and added new camera features like 4K recording at 60fps, steady mode at 4K resolution and improvements to picture quality, among other general stability and bug fixes

Samsung had launched the Galaxy Note 10 Lite in India in late January, along with the Galaxy S10 Lite, with an aim to make its range of premium smartphones more affordable, and to penetrate the sub-Rs.40,000 segment which has been dominated by OnePlus for quite some time now.

WhatsApp Dark Mode Now Available for All: How to Enable It on Android and iPhone
14.1-Inch MacBook Pro to Replace 13-Inch Model in 2020, New iMac Pro Planned as Well: Ming-Chi Kuo