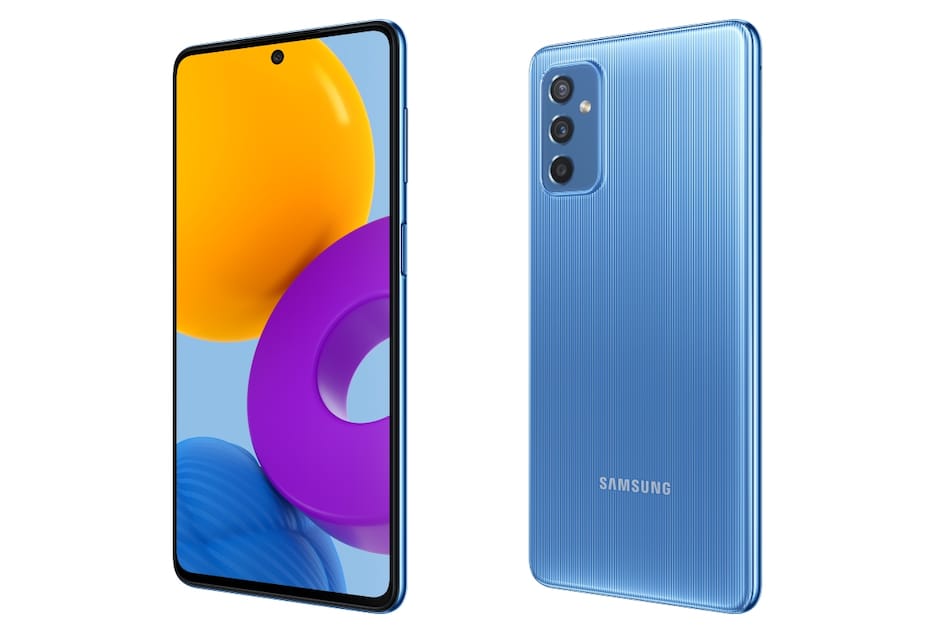 Samsung Galaxy M52 5G has quietly been launched in Poland — just days ahead of its official arrival in India. The new Samsung phone has been spotted on the company's site. The online listing of Samsung Galaxy M52 5G carries its complete specifications that include triple rear cameras, 120Hz Super AMOLED Plus display, and 25W charging support. The phone also comes with a hole-punch display design and carries a 64-megapixel primary camera. Furthermore, Samsung Galaxy M52 5G has been listed in three distinct colour options.

As per the listing on the Samsung Poland site, Samsung Galaxy M52 5G is available in the country in Black, Blue, and White colours and in a single 128GB storage option. No pricing details were mentioned in the listing.

The Polish site also confirms that Samsung Galaxy M52 5G specifications. The phone runs on Android-based One UI. It features a 6.7-inch full-HD+ (1,080x2,400 pixels) Super AMOLED Plus display with 20:9 aspect ratio and up to 120Hz refresh rate. Under the hood, the Galaxy M52 5G houses an octa-core SoC, along with 6GB of RAM. The Samsung Poland site doesn't provide any clear details about the SoC, though Amazon India shows on its site that the new phone will be powered by Qualcomm Snapdragon 778G.

For photos and videos, Samsung Galaxy M52 5G has the triple rear camera setup that includes the 64-megapixel primary sensor, along with an f/1.8 lens. The camera setup also houses a 12-megapixel secondary sensor with an f/2.2 ultra-wide lens and a 5-megapixel macro shooter, the company's Poland site shows

In terms of capturing selfies and enabling video chats, Samsung Galaxy M52 5G also carries a 32-megapixel selfie camera at the front, with an f/2.2 lens.

Samsung has provided 128GB of onboard storage on the Galaxy M52 5G that can be expanded up to 1TB via a dedicated microSD card slot, as per the listing on the Samsung Poland site. Connectivity options include 5G, 4G LTE, Wi-Fi 6, Bluetooth v5, GPS/ A-GPS, NFC, and a USB Type-C port.

The Samsung site also shows that the Galaxy M52 5G includes an array of sensors that comprises accelerometer, ambient light sensor, gyroscope, magnetometer, and proximity sensor. There is also a side-mounted fingerprint sensor.

Pricing details about Samsung Galaxy M52 5G are yet to be revealed. However, a recent appearance on a Poland retailer site suggested that it could be priced at PLN 1,749 (roughly Rs. 32,900).

The launch date of Samsung Galaxy M52 5G in India is set for September 28. The phone is also teased to go on sale through Amazon shortly after its arrival in the country.