Amazon has created a microsite to tease the launch of Samsung Galaxy M52 5G in India. 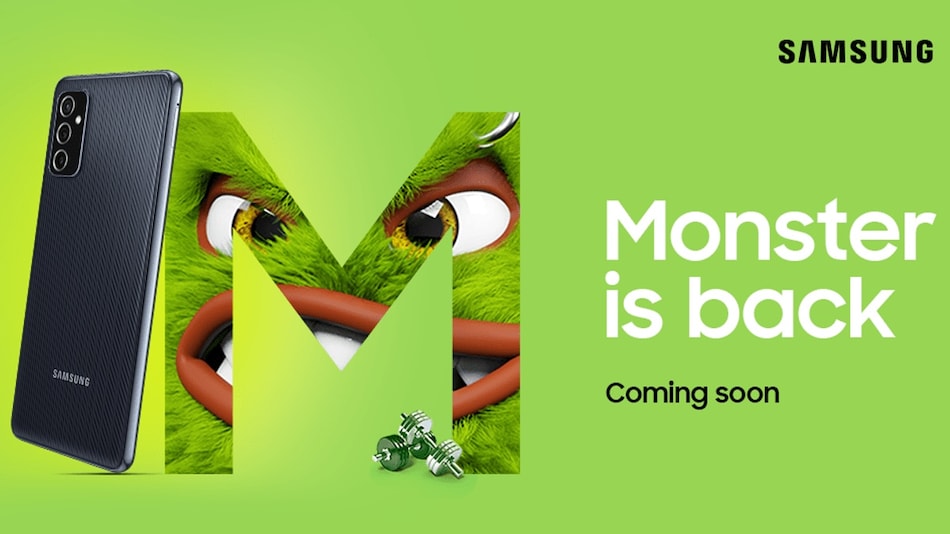 Samsung Galaxy M52 5G launch in India has been teased by Amazon. The new Samsung phone under its Galaxy M series has so far been a part of the rumour mill and is speculated to come as a successor to the Galaxy M51 that was launched last year. On the specifications front, Samsung Galaxy M52 5G is rumoured to have a 120Hz display, Qualcomm Snapdragon 778G SoC, and up to 8GB of RAM. Amazon has also confirmed triple rear cameras and a pinstripe-style design.

Amazon has created a dedicated microsite to tease the Samsung Galaxy M52 5G launch in India. The microsite doesn't explicitly mention the model name, though it features a render that appears to be the same that we saw in a leak last week. The render also carries file name "SamsungGalaxy_M52_5G_LP_PC_01.png" that indicates the exact model. Further, the e-commerce site confirms that the teaser is specifically meant for a new Galaxy M-series phone that is “coming soon” to the country.

The render featured on the microsite shows the back of the smartphone with triple rear cameras and pinstripe-style design that appeared on the earlier leaked images.

Separately, tipster Roland Quandt of WinFuture.de has purportedly posted some official marketing product images of Samsung Galaxy M52 5G that also show the same design that has been featured on the Amazon site.

Samsung Galaxy M52 5G is expected to be a successor to the Galaxy M51 that was launched in August last year with a starting price of Rs. 24,999. However, pricing details about Galaxy M52 5G are yet to be revealed.

The dual-SIM (Nano) Samsung Galaxy M52 5G may run on Android 11 with One UI 3.1 on top. It will feature a 6.7-inch full-HD+ (1,080x2,400 pixels) Super AMOLED display with Corning Gorilla Glass 5 protection and 120Hz refresh rate, according to previous reports. The phone is also said to be powered by the octa-core Snapdragon 778G SoC, along with 6GB and 8GB RAM options. The Galaxy M52 5G would also include 128GB of internal storage as standard.

On the camera front, Samsung Galaxy M52 5G will come with a triple rear camera setup that is rumoured to have a 64-megapixel primary sensor, a 12-megapixel wide-angle shooter, and a 5-megapixel macro shooter. It is also said to have a 32-megapixel selfie camera at the front.

Samsung Galaxy M52 5G will include 5G, 4G LTE, Wi-Fi, Bluetooth v5, GPS/ A-GPS, and a USB Type-C port, as per recent reports. Its renders also suggest a side-mounted fingerprint sensor. The phone is said to be 164x76x7mm in dimensions and have 175 grams of weight.