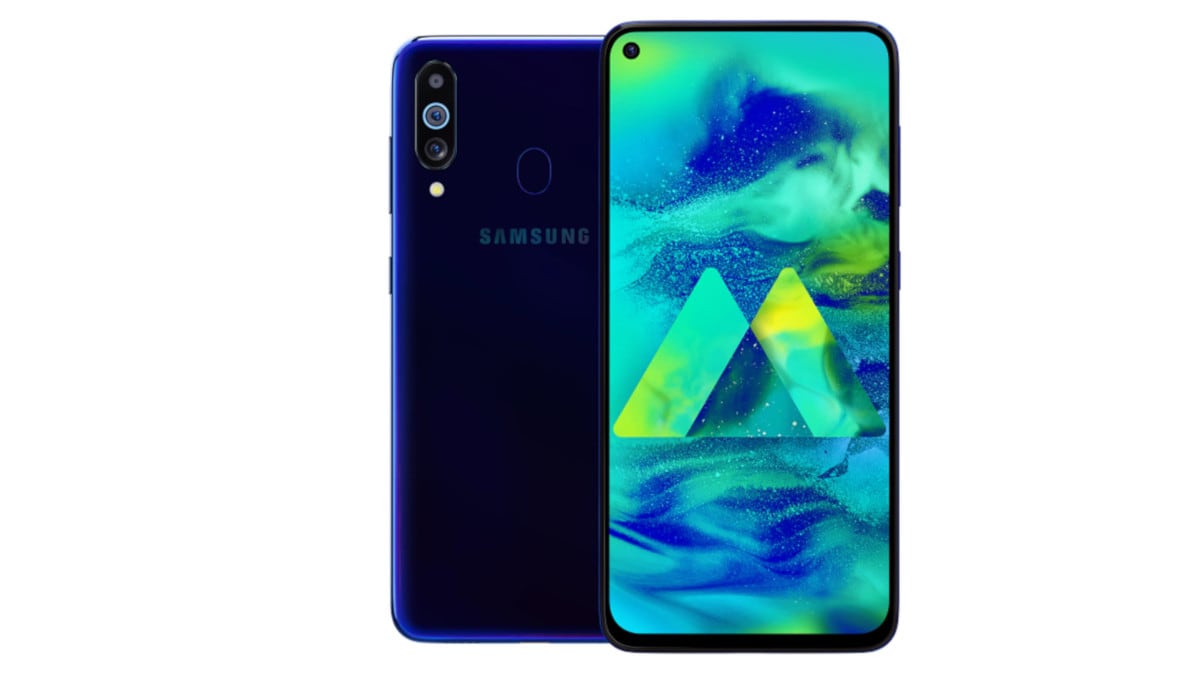 Samsung Galaxy M40 will debut with an Infinity-O Display panel

Samsung Galaxy M40 is set to launch in India today. The Galaxy M40 launch live event start time is 6pm IST on June 11. If we go by the early teasers, the new Samsung phone will debut with an Infinity-O Display and include a triple rear camera setup. It is also confirmed to have a Snapdragon 675 SoC and sport a 32-megapixel primary sensor. Other highlights of the Galaxy M40 would be the presence of a "Screen Sound" technology that will produce audio sans an earpiece and a dedicated button to enable voice assistants. The company also recently revealed that the phone runs Android Pie out-of-the-box with One UI on top. Notably, the Galaxy M40 will be the latest model in the Galaxy M lineup that Samsung unveiled earlier this year to target young smartphone users.

The Samsung Galaxy M40 launch is scheduled for 6pm IST in India today. Stay tuned to Gadgets 360 to catch the action live.

Samsung is formally announcing the price of the Galaxy M40 at the time of its launch later today. However, Samsung India's Senior Vice President for Mobile Business Asim Warsi in a conversation with Gadgets 360 late last month already confirmed that the Galaxy M40 will carry a price tag of around Rs. 20,000. This would make the new phone a strong competitor against the top-end variants of the Realme 3 Pro and Redmi Note 7 Pro as well as the Nokia 7.1 and Poco F1.

The availability details of the Samsung Galaxy M40 are expected to be announced at the time of its formal launch. Nevertheless, Amazon.in has already teased the arrival of the phone on its portal.

Taking a look at all the recent teasers, the Samsung Galaxy M40 would be a promising contender by the South Korean giant to take on companies such as Realme and Xiaomi. The phone is teased to come with an Infinity-O Display panel with a hole-punch camera design. The teasers have also shown a fingerprint sensor at the back and a triple rear camera setup. Further, the phone will run Android 9 Pie with One UI on top.

Samsung India's Warsi revealed to Gadgets 360 that the Galaxy M40 will come with a 32-megapixel primary sensor and include the Screen Sound technology that enables the display panel to generate audio vibrations natively -- without using a conventional earpiece.

Under the hood, the Samsung Galaxy M40 will have an octa-core Snapdragon 675 SoC along with 6GB of RAM, as teased in a video by Bollywood actress Disha Patani. The available hardware is claimed to enable an "ultra-smooth" and "super quick" multitasking experience. Furthermore, a listing on Google's Android Enterprise Solutions Directory has suggested that the phone would have 128GB of onboard storage.

The listing on the Android website has also highlighted NFC support on the Galaxy M40.

Coming towards the rumours, a recent report claimed that the Samsung Galaxy M40 will come with a 6.3-inch full-HD+ (1080x2340 pixels) Infinity-O Display and packs a 3,500mAh battery.

The Galaxy M40 is also rumoured to have a 5-megapixel secondary, depth sensing sensor and an 8-megapixel tertiary sensory with an ultra-wide-angle lens. Further, it is said to have a 16-megapixel selfie camera at the front.

Since the debut in India back in late January, the Samsung Galaxy M-series smartphones have crossed the mark of two million sales. The range notably started its journey with the Galaxy M10 and Galaxy M20, though it added the Galaxy M30 in March.