Samsung Galaxy M30 to Go on Sale for Second Time in India Today, via Amazon and Samsung Online Shop 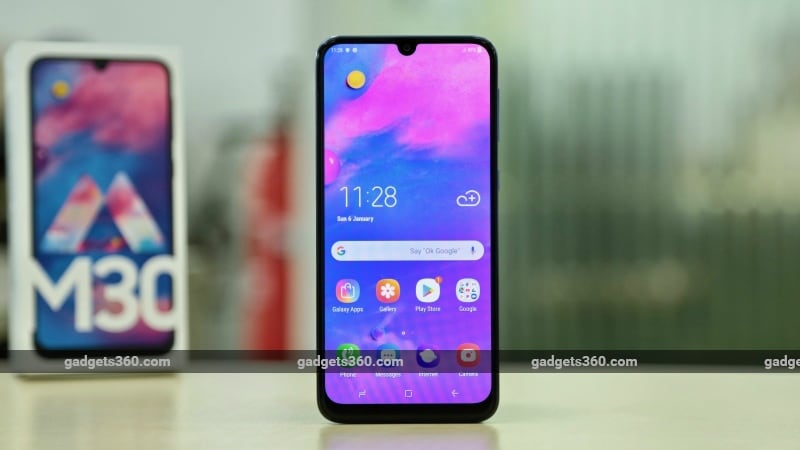 Samsung Galaxy M30 is all set to go on sale in India for the second time today at 12pm (Noon) IST. The first sale was held last week on Amazon India and Samsung online shop, and now the second sale of the budget phone will be held today - March 12. The phone comes with a triple rear camera setup, a Super AMOLED screen, and an Infinity-U Display panel. Key feature on the Galaxy M30 is the massive 5,000mAh battery that supports fast charging. The phone is pit against the Redmi Note 7 Pro that is set to go on sale in India from tomorrow i.e., March 13.

The Samsung Galaxy M30 second sale will begin at 12pm (Noon) IST on Amazon India and Samsung online shop simultaneously. We expect Samsung to push out limited quantities, so we recommend users to be registered beforehand and fill in their address and payment details for a smoother checkout.

The Samsung Galaxy M30 price in India is set at Rs. 14,990 for the base variant with 4GB of RAM and 64GB of internal storage. On the other hand, the 6GB RAM and 128GB storage model is priced at Rs. 17,990. The smartphone will be available for purchase in Gradation Black and Gradation Blue colour options.

The dual-SIM Samsung Galaxy M30 boots Android 8.1 Oreo with Samsung Experience v9.5 out-of-the-box. It features a 6.4-inch full-HD+ Super AMOLED Infinity-U Display with a waterdrop-shaped notch and a 19.5:9 aspect ratio. Under the hood, the Samsung Galaxy M30 is powered by the octa-core Exynos 7904 processor paired with up to 6GB of LPDDR4x RAM. The Galaxy M30 packs up to 128GB of inbuilt storage that can further be expanded via a microSD card (up to 512GB).

The phone also comes with a 5,000mAh battery with fast charging facilitated by the bundled 15W charger. Additionally, there is a rear fingerprint scanner and a Face Unlock support. Samsung Galaxy M30 packs Widevine L1 certification, which means the users can stream HD content from services such as Netflix and Amazon Prime Video.

OnePlus 7 Will Be Launched Alongside True Wireless Earbuds, Company CEO Hints
Honor 8X EMUI 9.0 Update Based on Android Pie to Roll Out From March 18